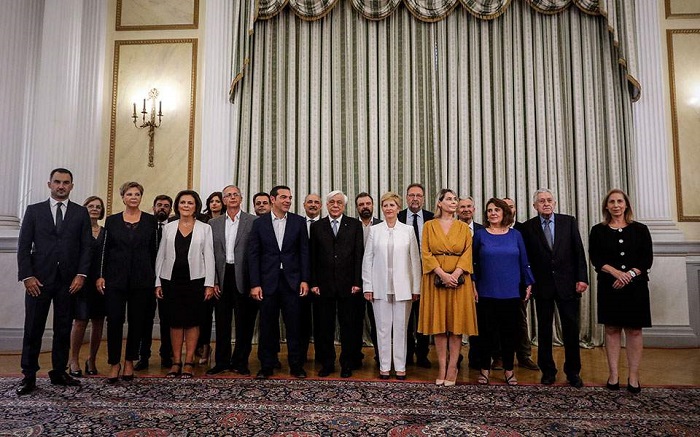 The new members of the Greek government were sworn in on Wednesday afternoon, in a ceremony held in the presence of President Prokopis Pavlopoulos and Prime Minister Alexis Tsipras.
On Tuesday, Tsipras reshuffled his cabinet ahead of a keynote economy speech next month, seeking to rebound from poor ratings in the final stretch before 2019 elections. 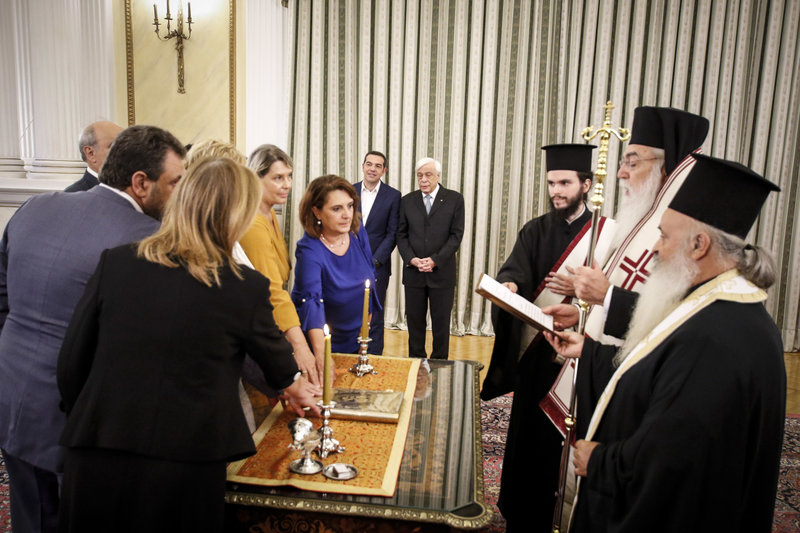 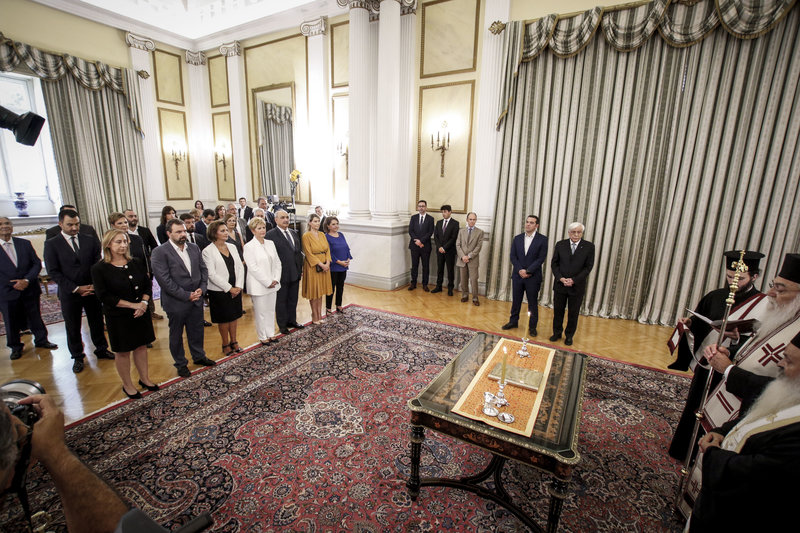