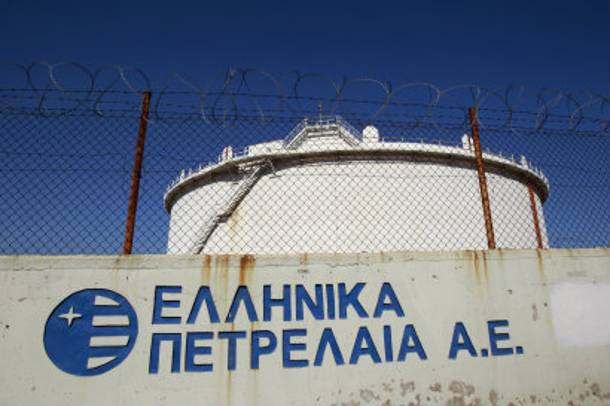 On Monday, Greece’s attempt to seal the deal in the privatization of Hellenic Petroleum was prevented by workers at the facilities who walked off the job for four hours to picket the entrance-way.
Workers at Hellenic Petroleum managed to physically prevent representatives from Anglo-Swiss Glencore Energy and Switzerland’s Vitol Holding from visiting the facilities. The two are agencies short-listed by Greece’s privatization agency to buy out stakes.
Glencore representatives were scheduled to visit Hellenic’s refineries in Aspropyrgos and Elefsina however, “Workers didn’t let them in because they want to cancel Hellenic Petroleum’s fire-sale”, Panagiotis Ofthalmides, the head of their labor union representing about 2,000 workers, told Reuters.
Ofthalmides also said that workers at Hellenic’s third refinery in Thessaloniki will also block the entrance of Glencore representatives when they attempt to visit the facilities on Tuesday.
The privatization deal is part of the terms that the country agreed to in order to complete its bailout program which ended last week. The specific details for Hellenic Petroleum is the agreed upon sale of 50.1 percent stake held by both the state and Paneuropean Oil and Industrial Holdings. Greece hopes to conclude the sale by the middle of 2019.
Further stoppages at the facilities are planned for next Tuesday to protest the sale, the union has said.