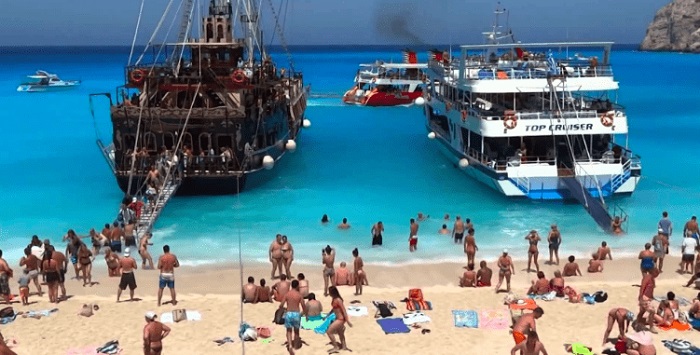 Data released on Tuesday by the Bank of Greece show a significant rise of tourists and revenues for the first half of 2018, compared with the same period last year.
The boost is largely due to the increased tourist flow from the US and Germany, which has now surpassed the United Kingdom, and has become the top market for Greek tourism.
In the period January-June, tourism revenues increased by 18.9 percent compared to the corresponding period of 2017 and stood at 4.848 billion euros ($5.55 billion).
In particular, revenues from Germany grew by 44.5 percent to 972 million, from France by 11.9 percent to 276 million, from the United Kingdom by 7 percent to 707 million and from the United States by 10.8 percent to 131 million.
It is believed that the strength of the dollar and a series of campaigns promoting Greece in the US have contributed to the rise in revenues from the American market.
By contrast, the data show a sharp reduction in tourists and revenues from Russia.
The downturn in the Russian market is attributed to factors such as the sharp decline in the purchasing power of Russian tourists who are increasingly shifting their focus to much cheaper destinations, such as Turkey.