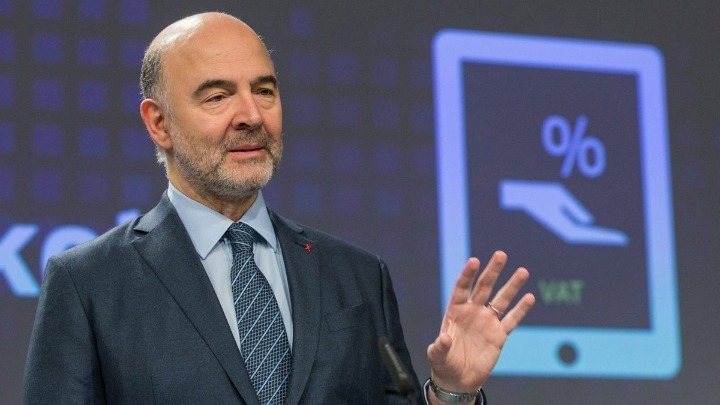 Europe has come out of the Greek experience collectively stronger, said EU Commissioner for Economic and Financial Affairs, Taxation and Customs Pierre Moscovici ahead of Greece’s exit from the bailout on Monday.
In comments to the press, Moscovici said that August 20 marks the end of eight years that were particularly painful for the Greek people and deeply destabilising for the euro area.
“Yet no other European country has done more to modernise its administration and economy. Today, Greece has returned to growth and its once vast public deficit has been turned into a solid budget surplus,” he said.
“Clearly, the reality on the ground remains difficult. The time for austerity is over, but the end of the programme is not the end of the road for reform. There is still much work to be done so that Greece can stand on its own two feet. Reducing public debt and pursuing reforms must be the government’s top priorities,” he added.
In comments on whether the EU was right to “save Greece”, the commissioner said that without European financial assistance, the Greek economy would have collapsed, perhaps not recovering for decades.
“The costs and consequences of this collapse on other countries and the European Union as a whole would have been far greater than the billions of euros lent. All EU economies would have been dragged, at least partly, into the Greek abyss. We come out of this experience collectively stronger.”
Moscovici then turned to the issue on why the crisis lasted so long, saying that at the onset of the Greek crisis, the EU had neither the capacity nor the tools, let alone the political culture, to manage the situation.
“We also underestimated the deep crisis facing the Greek state and economy. And of course, the ad-hoc Troika of institutions with their different cultures, priorities and constraints, combined with the need for unanimity in the Eurogroup, meant that agreements were often delayed and sub-optimal,” he said.
“Eight years of crisis is far too long: many politicians, Greek and European, bear some responsibility and I will accept my share. But many of us have also done the best we can to help the Greek people. I have persistently led this battle, sometimes alone or with Jean-Claude Juncker at the Eurogroup. And I am proud to have been consistent in that pursuit,” he added.
(Source: AMNA)