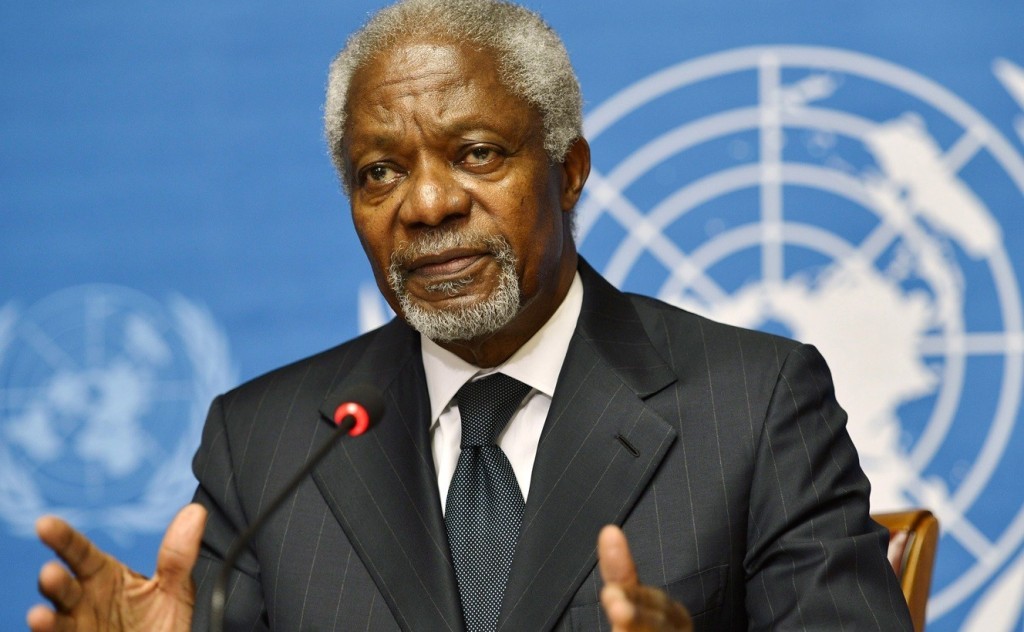 The Ghanaian diplomat served as the UN chief for almost a decade and in 2001 was awarded the Nobel Peace Prize.

According to an announcement on his official Twitter page, he passed away in the Swiss capital Bern on Saturday after a short illness.

It is with immense sadness that the Annan family and the Kofi Annan Foundation announce that Kofi Annan, former Secretary General of the United Nations and Nobel Peace Laureate, passed away peacefully on Saturday 18th August after a short illness… pic.twitter.com/42nGOxmcPZ

Last September, Annan told the Athens Democracy Forum: “Democratic freedoms have been in decline for 11 consecutive years,” adding that election turnout is low, which shows that people’s trust in political parties and institutions is diminishing.

“We must cherish and protect democracy, or it’ll be lost for future generations,” he added, noting the need to be vigilant.

Annan’s name was given to the 2004 peace plan proposed for the divided island of Cyprus. It would have seen a reunified Cyprus of two states in a federation. In a referendum, the plan was approved by most Turkish Cypriots but was rejected by the Greek Cypriot community.

Greece recorded 1,784 coronavirus cases Thursday, out of the 50,247 Covid tests that were conducted in the country during the day.
Environment