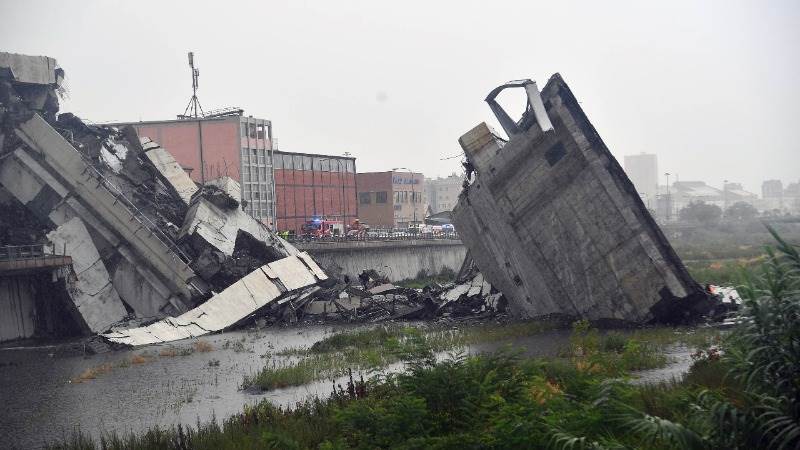 Reports from Genoa, Italy suggest many people may have been killed when a motorway bridge suddenly gave way on Tuesday.

The major structure collapsed during stormy weather, plunging cars and trucks as much as 100 feet onto rail tracks below. Italy’s transport minister Danilo Toninelli said it was an “immense tragedy”.

Although police have said 10 people are dead, the death toll is expected to rise as the emergency services work at the scene.

Turkey charged on Tuesday that Greek fighter jets had “harassed” its research vessel Cesme while it sailed in the Northern Aegean.
Greek News