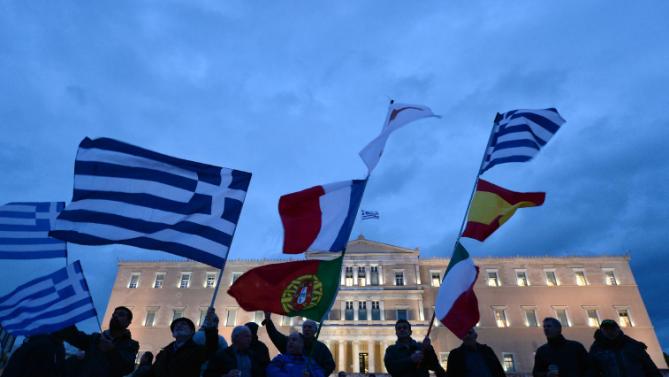 Greece will be unable to access cut-rate European Central Bank funding from Aug. 21 — a day after the expected ‘official’ exit from the country’s economic bailout program.
The ECB on Friday released a statement which indicated that the end of Greece’s special circumstances in the program meant it could no longer use Greek government junk bonds as collateral for ECB money.
Friday’s statement, signed by ECB President Mario Draghi, added: “Therefore, the Governing Council has decided that from 21 August 2018 the Eurosystem’s standard criteria and credit quality thresholds should apply in respect of marketable debt instruments issued or fully guaranteed by the Hellenic Republic and that such debt instruments will be subject to the standard haircuts set out in Guideline (EU) 2016/65 of the European Central Bank.”
Although the move may raise costs for lenders, it is also another step towards normality for Greece’s battered economy.