GRNews
GreekReporter.comGreek NewsArchaeologyCretan Tombs to Give Up Even More Ancient Treasures

Cretan Tombs to Give Up Even More Ancient Treasures 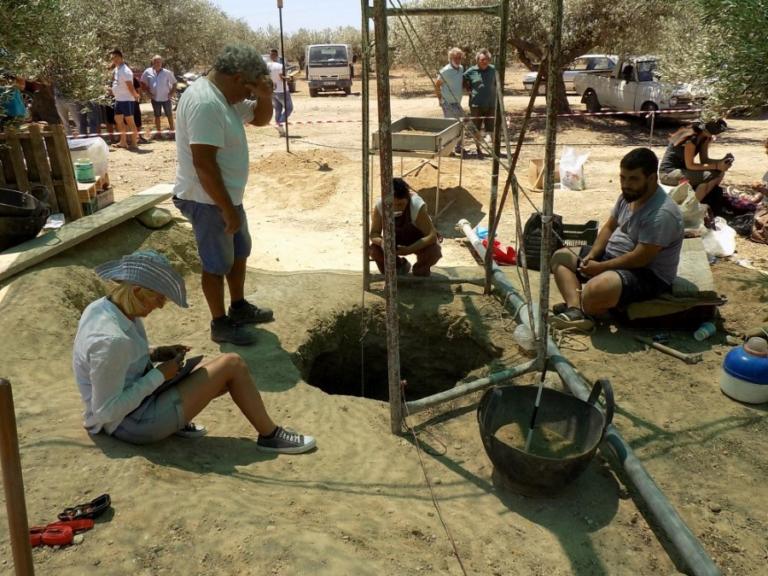 Ancient tombs found by accident in an olive grove in Ierapetra, Crete could be the beginning of an important discovery, as what looks like a third burial site has been found.
As deputy mayor Argyris Pantazis told Cretapost.gr, the olive grove in Kentri could be hiding an even bigger archaeological treasure.
The two shrines already unearthed belong to the late Minoan era and are in excellent condition. In the tombs there were two skeletons and 24 pots with colored reliefs and illustrations.
“One of the many positive aspects of this case is that from a survey that we have conducted in the wider area, it seems that a few more meters beyond the point where the larnae were discovered is another hole,” Pantazis told Cretapost.gr.
“Indeed, this hole was created just like the first, in a totally random fashion… In this second hole there may be other archaeological finds. Personally, I estimate — as I had a look inside — that there is at least one more sarcophagus inside. But this will be confirmed by the archaeologists who are on the spot and continue the search.”
A team of 15 students from various archaeology schools along with the head of the Lassithi Ephorate of Commerce, Chrysa Sofianou, and professor of archaeology at the University of Athens, Yiannis Papadatos, have launched an excavation at the site.