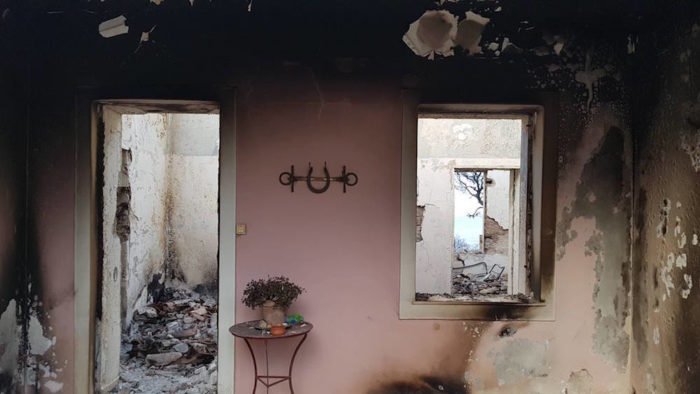 A list of 92 people who were victims of the Attica wildfires that devastated coastal towns last month, has been given to prosecutors in Athens.
Investigations into the wildfires are ongoing and the list of victims was forwarded by forensic inspectors to the prosecutors to help aid in the inquiry. Both relatives of the deceased as well as survivors have been called in. The list has a total of 92 victims – 90 of which have been identified and 2 unidentified.
The two unidentified remains have not been claimed by relatives, although DNA samples have been taken.
So far, 25 officials who responded to the disaster have testified to prosecutors in Athens, while more testimonies from additional officials is expected.
The Infrastructure Ministry has reported that the lump sum of 5,000 euros in aid will be given to the individual victims of Attica’s wildfires, while businesses will receive 8,000 euros. In addition, the Municipality of Rafina is donating 587 euros to each individual fire victim.
The deadline to apply for financial assistance is October 30. To date, a total of 3,130 applications for financial aid for individuals and businesses have been filed.