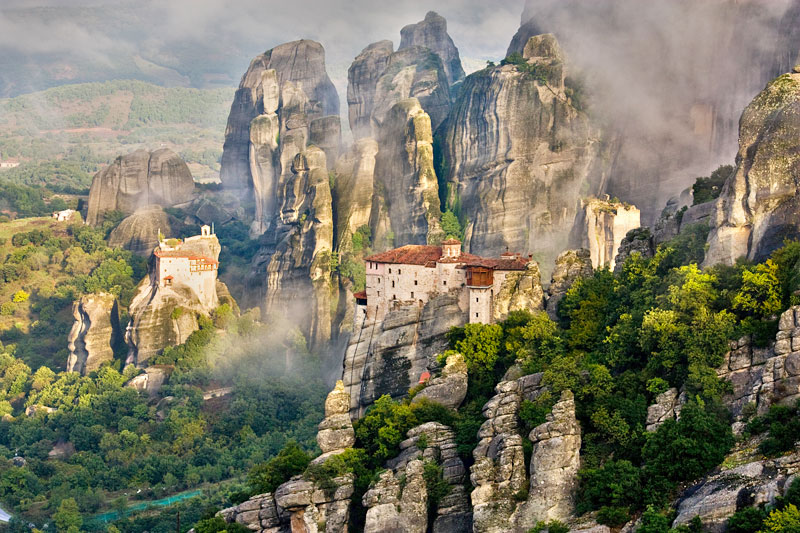 Greece has many beautiful sights for you to check out while you are visiting the country. One thing you want to be sure to add to your itinerary is visiting some of the ancient and historical Greek monasteries. Here are the 10 must-see monasteries in Greece.
1.Evangelistria Monastery, Skiathos 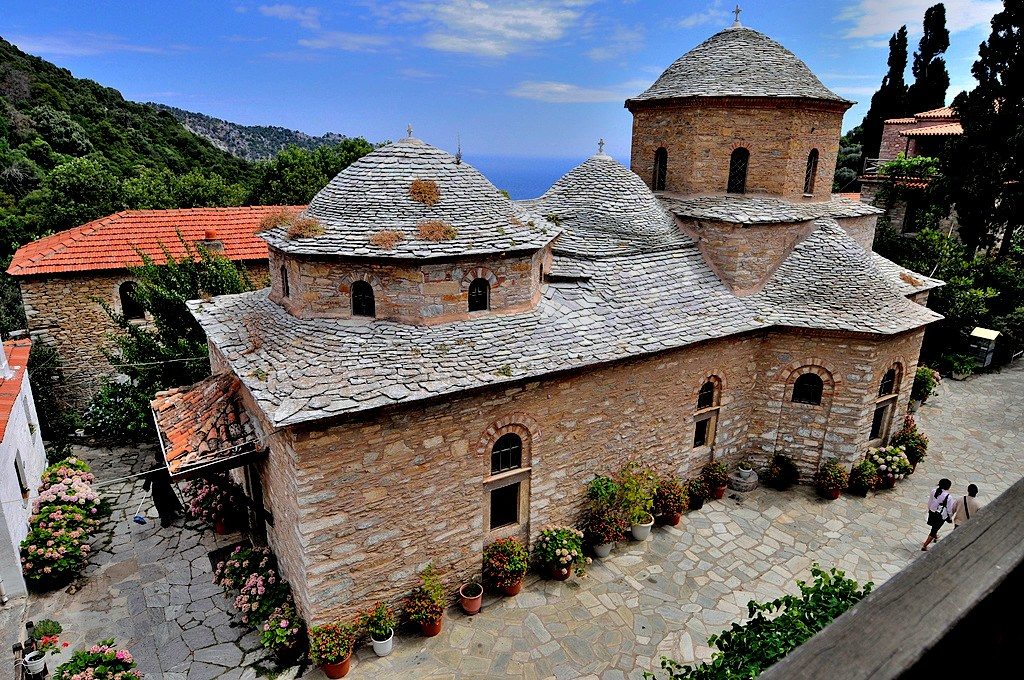 This historical structure, on the Greek island of Skiathos was first founded in 1974 by a group of monks from Mount Athos and played a crucial role in the 1821 revolution which brought independence to Greece. Also, the first-ever Hellenic flag was made on a loom at this very location.
2. The Monastery of Panagia Spiliani, Nisyros 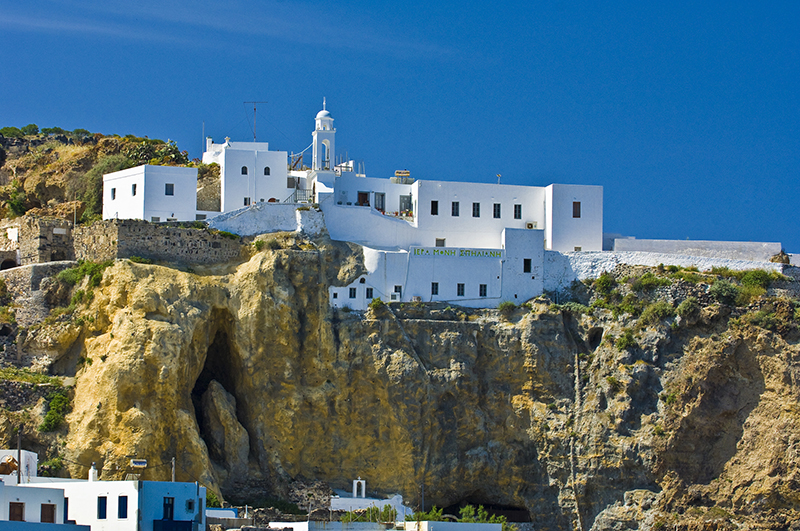 A monastery built in a cave is what you will find when you visit the Monastery of Panagia Spiliani. It sits at the top of a hill in northwest Mandraki, while the largest portion of the monastery is built inside a cave. A truly unique experience, the cave is divided into two churches and is definitely worth a visit.
3. The Holy Monastery of Great Meteoron 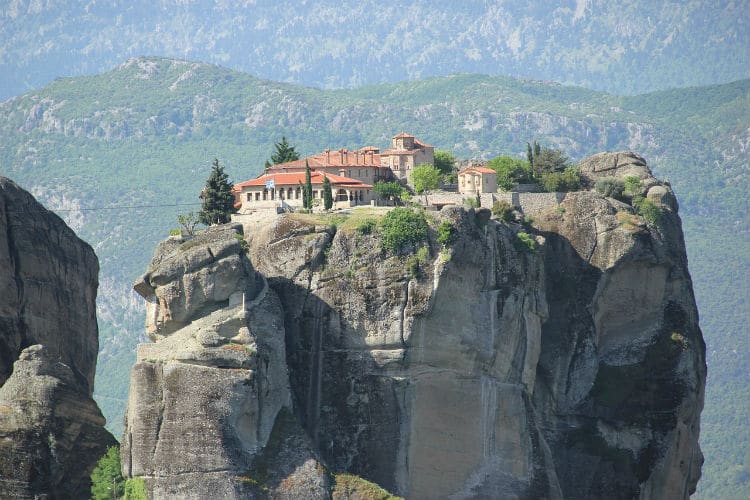 Meteora is the second largest monastic and pilgrimage site in Greece after Mount Athos. The high cliffs are the perfect place for the monks to take refuge from the invading Turkish army around the 11th century. Here you will find several breathtaking monasteries that still remain some 400 metres above the ground, including the most impressive monastery, perhaps in the world, the Holy Monastery of Transfiguration of Jesus, or better known as Great Meteoron!
4. The Monastery of Agia Triada, Hydra 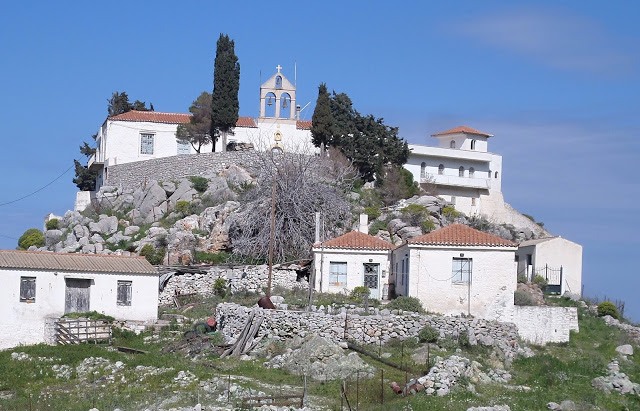 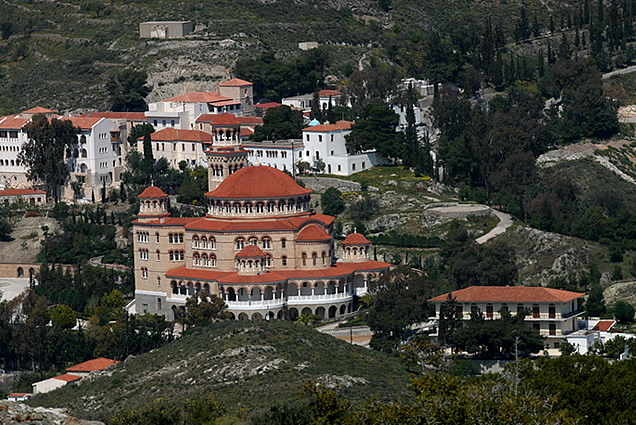 Many people visit the island of Aegina to see the church of Agios Nektarios and the monastery of Agia Triadawhich is perched above the church. The church is still under construction but progress is constantly being made and you can still visit and see the inside of the grand dome. Walk a short uphill trail to the Monastery of Agia Triada where you can say a prayer in the chapels and buy religious souvenirs as a keepsake.
6. The Monastery of Mega Spileo, Kalavryta 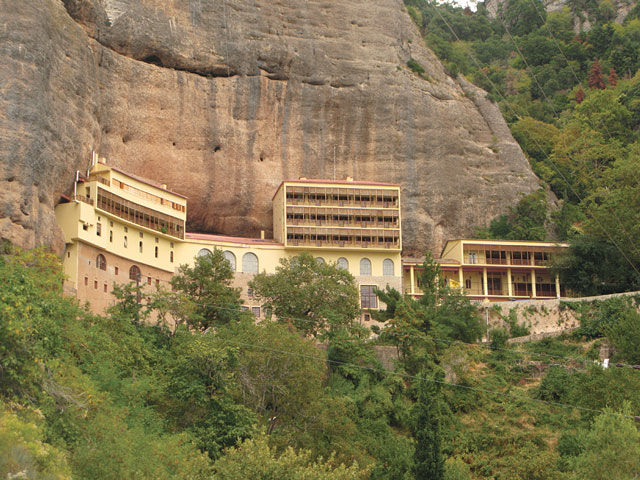 Another breathtaking monastery, Mega Spileo stands eight stories and is actually built on slopes of a rocky hill at a cave opening where it almost appears to become one with the surrounding landscape. Considered to be the oldest monastery in Greece dating back to 362 AD, it has survived four fires and played an important role during the Greek War of Independence in 1821 against the Ottomans. The monastery is also home to countless Byzantine icons, frescoes, copper plates, manuscripts and other unique treasures, such as its library featuring more than 3,000 books and old scripts.
7. Monastery of Hosios Loukas, Distomo, Voeotia 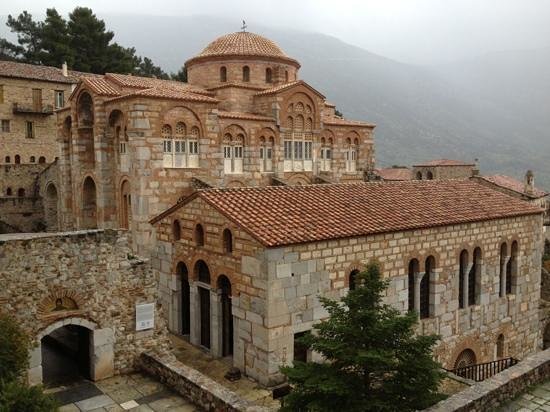 This UNESCO World Heritage Site is one of the most important monuments of Middle Byzantine architecture and art. Dating back to the early 10th century, it is built on the slopes of Mount Helicon and founded by the hermit, Venerable (Greek: Hosios) St. Luke (Greek: Lukas), whose relics are kept in the monastery to this day.
8. The Monastery of Saint John the Theologian, Patmos 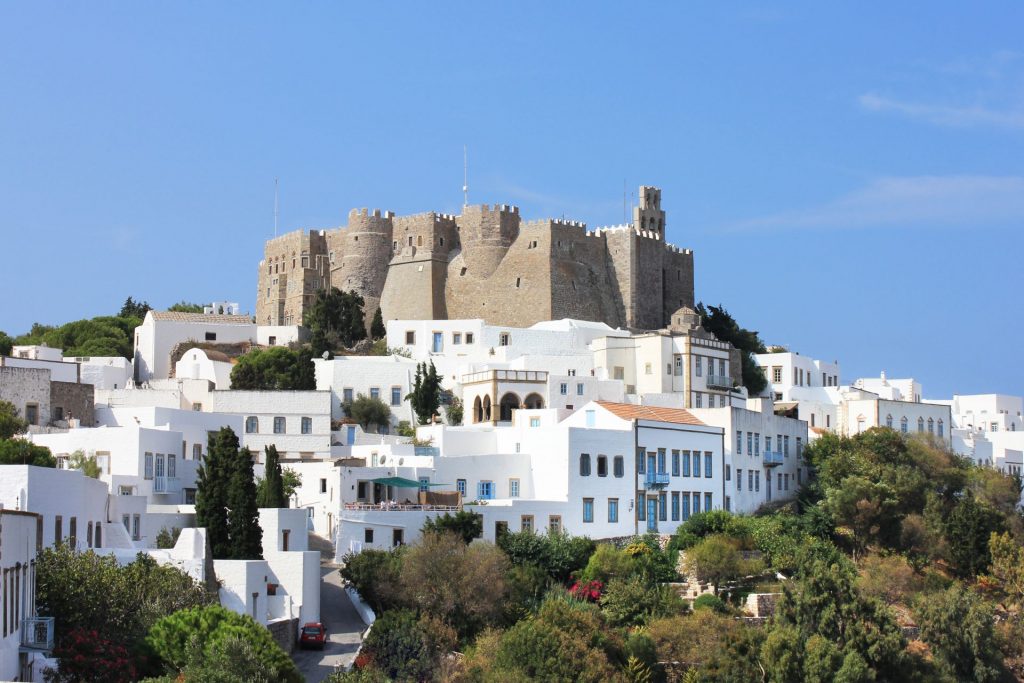 One of the most popular destinations on the island of Patmos, is situated near the cave where Saint John wrote the Apocalypse. This UNESCO World Heritage site is a Greek Orthodox monastery founded in 1088 in Chora, Patmos. The monastery dates back to 1088 when it was founded by soldier-priest John Christodoulos, who heavily fortified the exterior of the structure to protect it from threats of piracy and Seljuk Turks.
9. The Arkadi Monastery, Crete 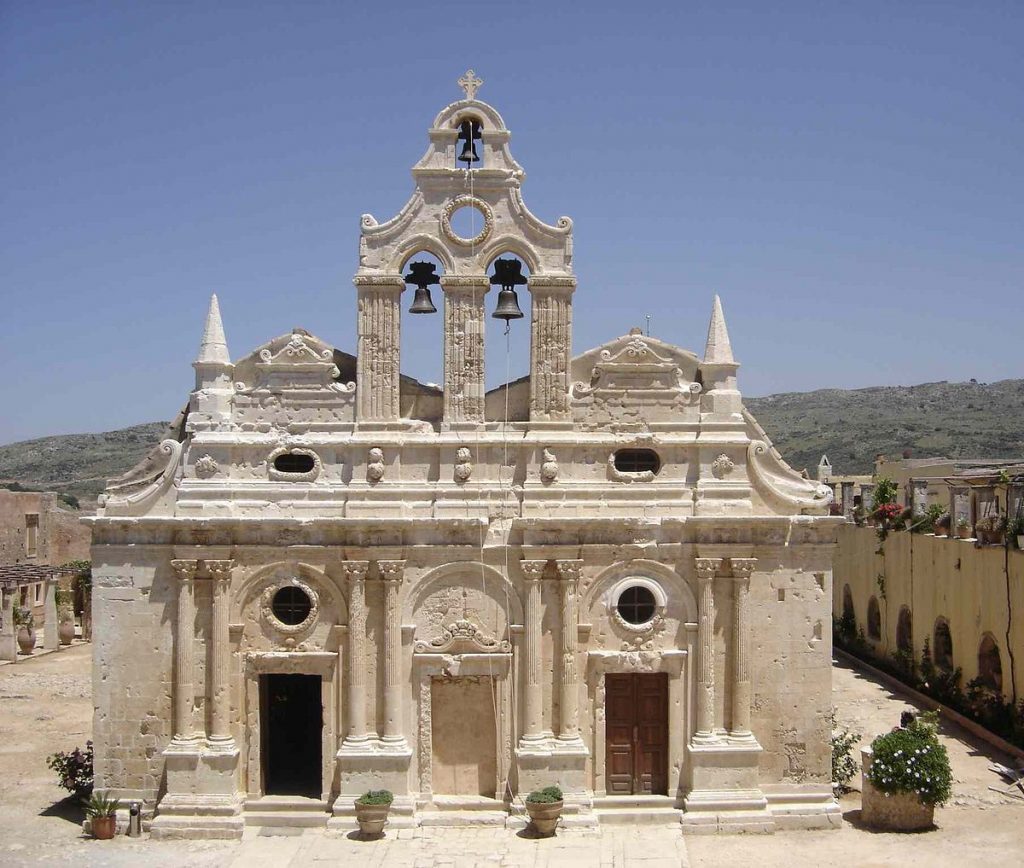 This monastery is located in Rethymo, Crete and has played many important roles on the island over the last eight centuries since it was founded. The monastery has been the center point for everything from producing needlework embroidered with gold during the 17th and 18th centuries to participating in the Greek War of Independence in 1821.
10. Mount Athos Monasteries, 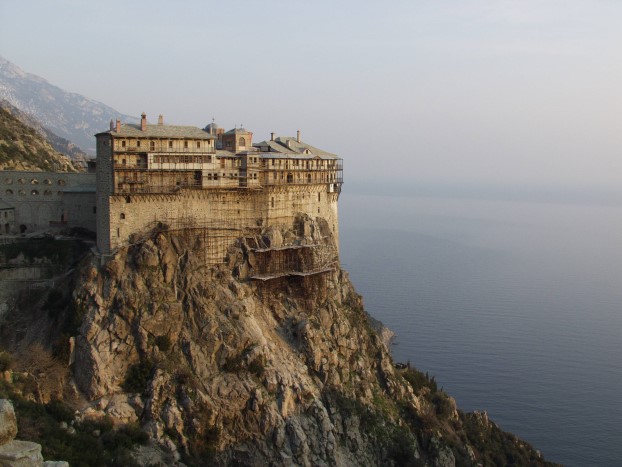 This World Heritage Site and autonomous polity in the Hellenic Republic, is one of the oldest monasteries in the world. Greeks refer to it as the “Holy Mountain”. Women are prohibited from entry. The monastery was first founded in 963, by monk Athanasios. There are 20 monasteries in total on Mount Athos. Thousands of monks reside at the monasteries today.