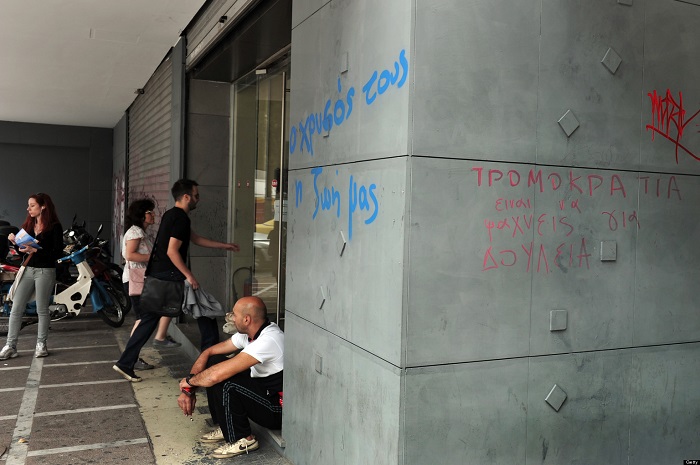 Greece tops all countries in the developed world in unemployment according to the Organization for Economic Cooperation and Development’s (OECD) Employment Outlook 2018.
Greece has suffered a dramatic spike in unemployment, with the 2017 total climbing to 21.7% of the working population, more than double the 2006 figure. 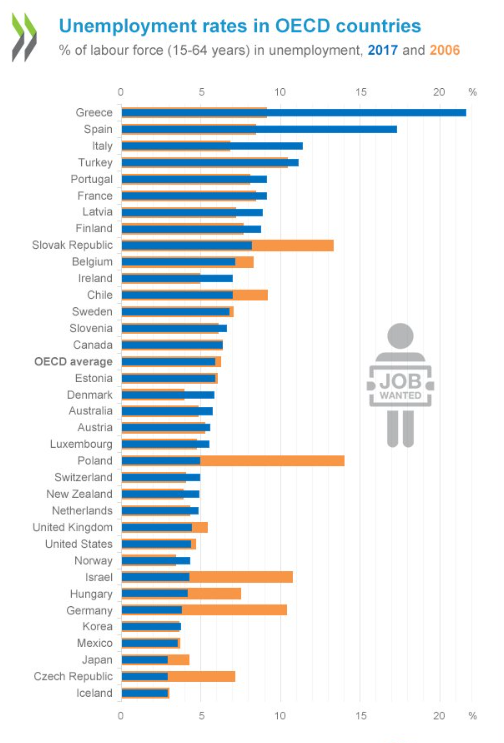 Large increases in unemployment and an underutilized workforce were accompanied by falling output, very high debt, a serious GDP deficit and deflation, the report says. 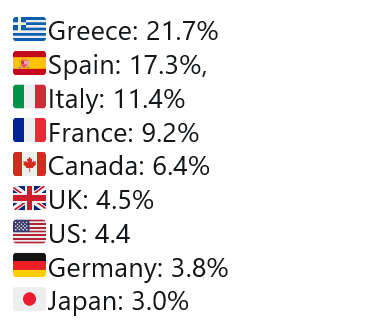 Along with its impact on employment levels, the financial crisis caused a reduction in wage growth in a lot of countries, leading to a drop in living standards for many.
The proportion of working-age people earning the “low-income” rate jumped to 10.6%, up from 9.56% a decade earlier.
Although Korea, Mexico, and Chile have seen a decrease in the number of low-income households, most of the countries hit hardest by the euro crisis, such as Greece, Italy, Spain and Slovenia, have suffered a 2% rise.