GRNews
GreekReporter.comGreeceRemains of Greek Soldier Killed in Action 44 Years Ago Identified in... 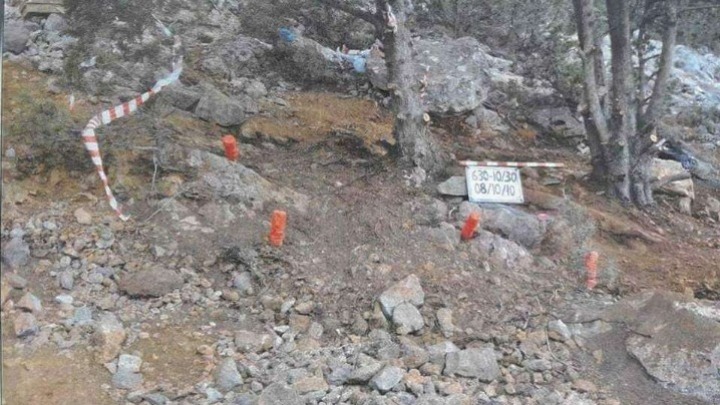 The remains belonging to First Lieutenant Giorgos Papalambridis from Ioannina have been found and identified by the Committee on Missing Persons in Cyprus 44 years after his death.
According to sources, his bones were found in the location of Aspri Mouti on the Pentadaktylos mountain — the highest point of the Alonagra peak — where the National Guard fought Turkish troops. The reason why only three bones were found, according to the CMP, was because he had been buried in a shallow, makeshift grave.
The location tallies with witness accounts, which stated that Papalambridis had led a company of soldiers in the area. Another 13 fallen soldiers were also found at the same location, some through only a handful of bones, belonging to Greek-Cypriot soldiers that had been declared missing.
His file includes shocking witness accounts of his last moments in battle, when he was shot by a sniper on the forehead and died instantly.
His brother Yiannis Papalambridis is expected to travel to Cyprus in October to receive his remains, which he will bury at the Papagos Cemetery with his parents Stefanos and Penelope.
Source: AMNA