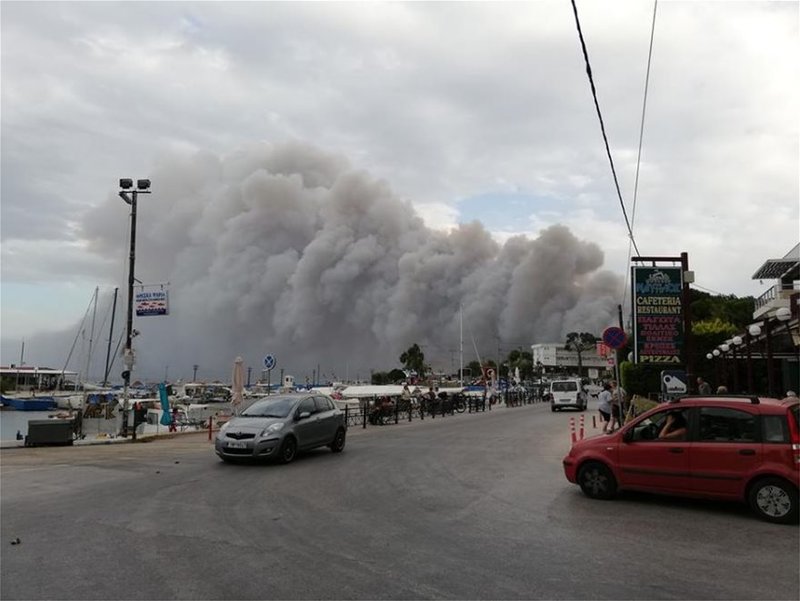 The first lawsuit by the family of two victims of the East Attica fires was filed against the Greek State on Wednesday.
The lawsuit is directed against Secretary General of Civil Protection Yannis Kapakis, Governor of Attica Region Rena Dourou, Marathon Mayor Ilias Psinakis, officers of the Civil Protection Secretariat of Attica Region and Marathon Municipality, officers and the Head of the Fire Department of East Attica, officers and the Head of the Hellenic Police of East Attica, and against all responsible for the tragic events of July 23.
The suit was filed with the Prosecutor’s Office in Athens by lawyer Antonis Foussas, who represents three relatives of two victims who lost their husband-father and their mother from the fire.
In the report, the relatives of the victims call for the prosecution of those responsible for the offenses of serial murder, manslaughter due to negligence, forest arson due to  negligence, bodily harm, and any other offenses arising from the investigation.
As stated in the lawsuit, “for this biblical total disaster, as of course for both our own people, there are certainly huge criminal (and other) responsibilities of the competent  government officials and bodies responsible for handling and dealing with such serious crises (fires, earthquakes, floods, etc.). For this reason we are quick to file our present lawsuit, even though we know that the Supreme Court Prosecutor’s Office has taken the initiative, but we considered it appropriate that we should also submit our present lawsuit and declare a civil action in order to legitimately and formally become plaintiffs to exercise  our legal rights from the very first moment.”
The lawsuit concerns the death of 70-year-old man and a 73-year-old woman who lost their lives in the Neos Voutzas fire and describes the tragic circumstances of the fatal event.
At the same time, the plaintiffs state in the lawsuit that no official from the region, the municipality, the police, the fire department, or the civil protection agency was present in the vicinity and no official ever notified the area residents of the danger from the approaching fire, of evacuation routes, or gave any evacuation orders.