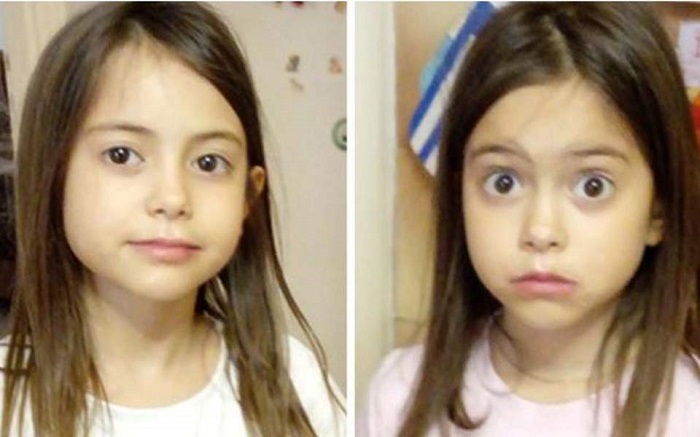 The fate of Sofia and Vasiliki Philipopoulou, nine-year-old twins on holiday with their grandparents in the resort town of Rafina, is gripping the Greek nation.
The two girls disappeared on Monday, the apocalyptic night that the wildfire torched Mati and parts of Rafina in East Attica.
The father, Yiannis Filippopoulos, thought he recognized the girls from television footage showing families and young children disembarking from a boat that rescued them from the sea at the port of Rafina.


In the footage a volunteer is seen wrapping blankets around the girls who are with their swimsuits on.
Alas, the father’s initial relief turned into despair when he was informed by the police that the girls in the TV pictures were not his daughters.
They looked alike, but they were not his.
What exactly happened to the two girls, whose story made the front-page of the London Times, is unknown.
Their pictures are circulating in the Greek media in case someone, somewhere recognizes them. 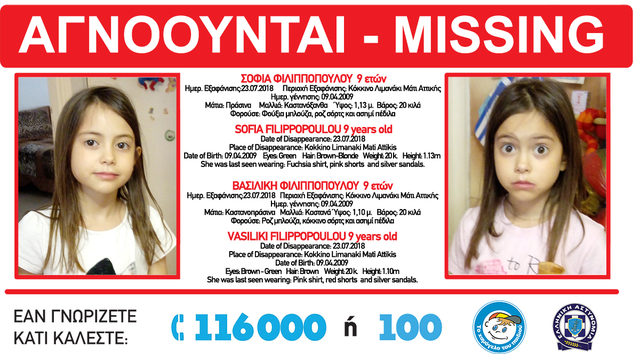 Unless a definite answer as to their fate is provided, the Filippopoulos family will continue to live in anguish.