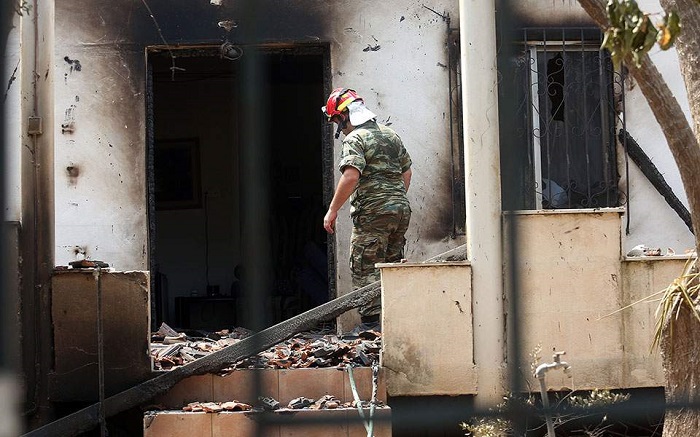 Greece’s fire service announced on Thursday morning that the number of fatalities for the wildfire in eastern Attica has risen to 82.
A spokesperson said that emergency crews are searching incinerated homes and vehicles for the missing, but have yet to enter holiday homes that appear shut.
The service has received dozens of calls reporting missing people, but it was unclear if some of them were among those already found dead, a spokesperson said.
Frantic relatives looking for missing loved ones have been heading to the morgue in Athens.
Those arriving at the morgue were being informed of the necessary steps to match the missing and the dead, including providing DNA samples and dental records.