A series of fires that broke out on Monday in Greece share many features with the massively destructive fires of 2007, said Greece’s Civil Protection chief Yiannis Kapakis.
Apart from the fire that is raging out of control near the coastal town of Kineta, west of Athens, other large wildfires broke out in Penteli, north of Athens and near Chania in Crete.
Speaking to the Athens News Agency Kapakis said that the Kineta fire “is one of the worst scenarios, which we had hoped not to face this year.”
“It is one of the most difficult fires where strong winds combine with dense flammable material to aid its rapid development. Huge efforts are being made to contain the repercussions but the winds spread the flames and are hampering the work of fire men.” 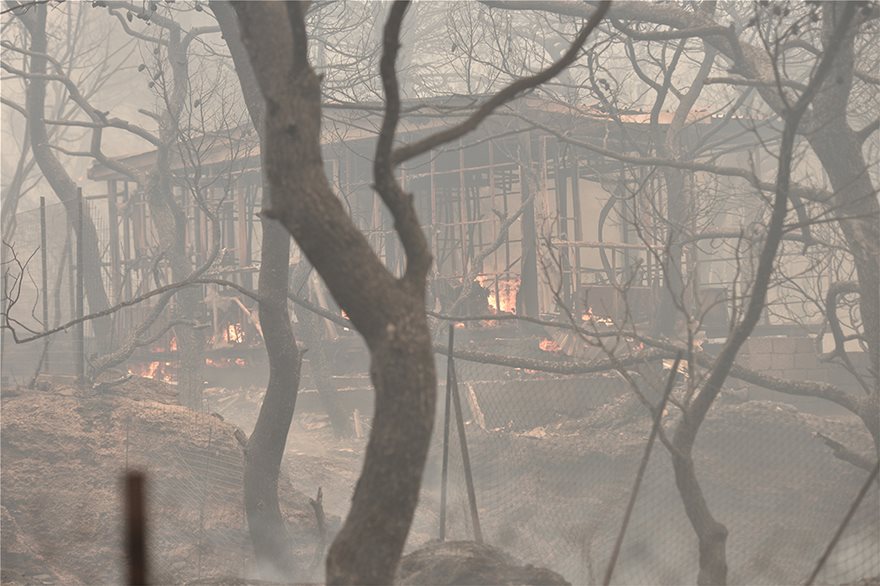 The 2007 Greek forest fires were a series of massive forest fires that broke out in several areas across the country. In total 84 people lost their lives that year because of the fires, including several fire fighters.
The wildfire broke out on Monday afternoon in a forest of pines in the Geraneia Mountains near Kineta, Attica.
A fire fighting operation is underway in the air and on the ground, with dozens fire men and fire engines striving to contain the flames, assisted by teams on foot, water-bombing aircraft and helicopters. 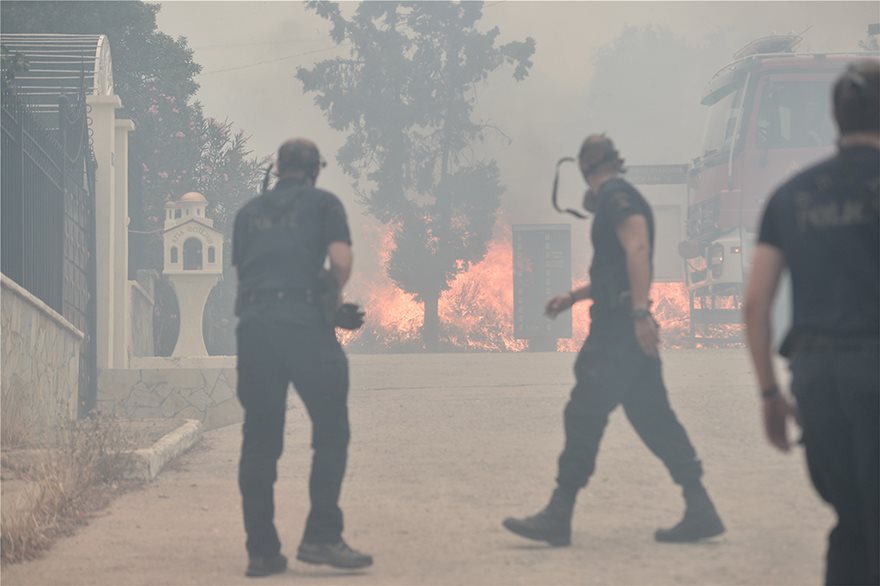 Dozens of homes in the Panorama settlement, near Kineta, have been burned. Residents have fled the area. There hasve been no reports of casualties.
Thick smoke rising up from the fire is visible from many areas in Attica and presents an additional challenge for the aircraft battling the blaze.
Greek authorities on Monday closed the Athens-Corinth national highway and the old Athens-Corinth national road in both directions as a precaution, from the 39th until the 57th kilometre.
Power cuts were reported in the broader region affected by the wildfire, which has caused severe damage to the power lines in the area. Police have also ordered the suspension of Proastiakos train services in the region.