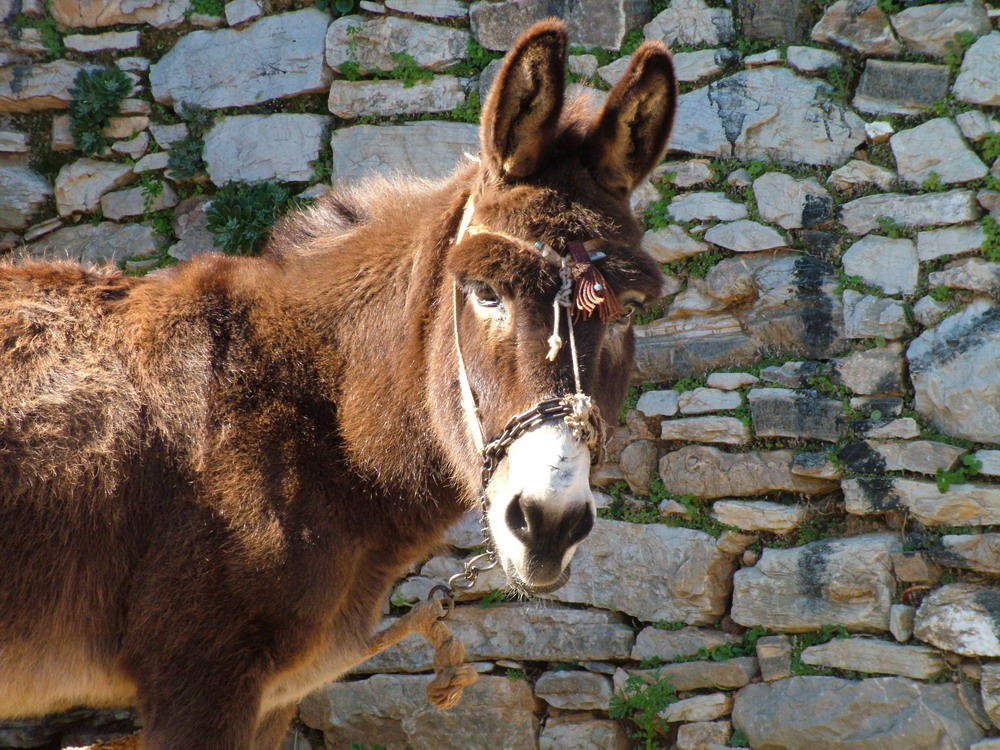 Animal welfare campaigners are calling on people to join a protest on Santorini next week over the treatment of donkeys on the popular tourist destination.
The Animal Party of Cyprus will hold a protest between July 27-29 against what it says is the abuse and mistreatment of hundreds of donkeys and horses which are used to ferry passengers up a steep hillside from cruise ships.
“The Cypriot Animal Party, bearing in mind all of the above, condemning with all the power of its soul, has taken an initiative to inform all the parties of animal welfare policy in Europe,” it said in a statement.
In May, a report in the U.K.’s Daily Mail newspaper claimed animal welfare activists are urging the donkey keepers to provide the animals with appropriate shade, rest and water for the demanding work.
The paper claimed the donkeys make four or five return journeys a day during the height of the tourist season, often in temperatures of more than 30C (86F).
Animals were reportedly seen licking shadowy parts of nearby stone walls in an attempt to find moisture.
Reports of neglect, overwork and mistreatment have lingered for years. In 2013, the MyGreece travel blog urged visitors to Santorini not to pay the €5 ($6) charge to ride on the animals, claiming:
“Though the donkeys might look ‘cute,’ and the rides might appear to be a harmless and fun tourist attraction, travellers who use the mules as transportation actually contribute to animal abuse, according to animal welfare organizations and frequent visitors to the island who have personally witnessed handlers mistreating their donkeys.”