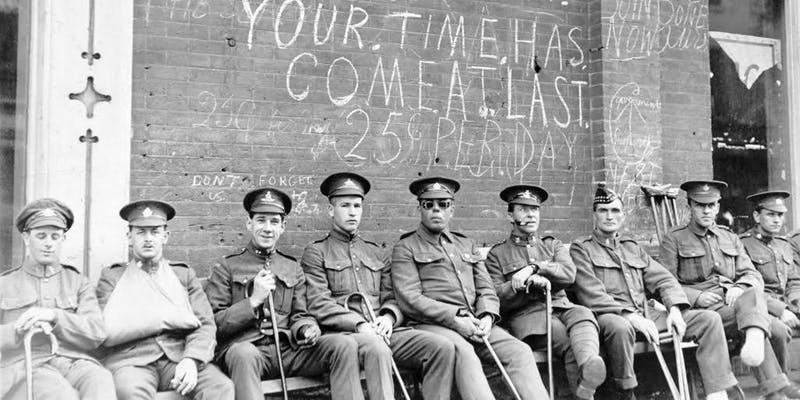 The Hellenic Heritage Foundation (HHF) will be hosting a historical walk of the 1918 Anti-Greek riots to commemorate the incident’s 100th anniversary.

The weekend of Aug. 2, 1918 was one of the most violent in Toronto’s history. As many as 50,000 people took to city streets over three days, rioting and destroying businesses owned by Greek immigrants.

People now have the opportunity to learn what happened and why these riots have been largely forgotten, by visiting the location where history was made.

Additional tour dates will be added throughout the summer, based on demand. Greek language tours will also be available later this summer.

These historical walks are part of the Hellenic Heritage Foundation’s efforts to commemorate the 100th anniversary of the anti-Greek riots.

The HHF’s initiative also includes developing curriculum material for the Toronto District School Board and free documentary screenings and lectures on these events.

A free photo exhibit, “Greeks in Toronto: The Immigrant Experience” will take place at The Rotunda at Toronto City Hall from Monday, July 30 to Sunday, Aug. 5, 2018.

Everyone is invited to visit Nathan Phillips Square on Aug. 2, 2018 at noon for a public commemoration of the 100th anniversary of the anti-Greek riots.