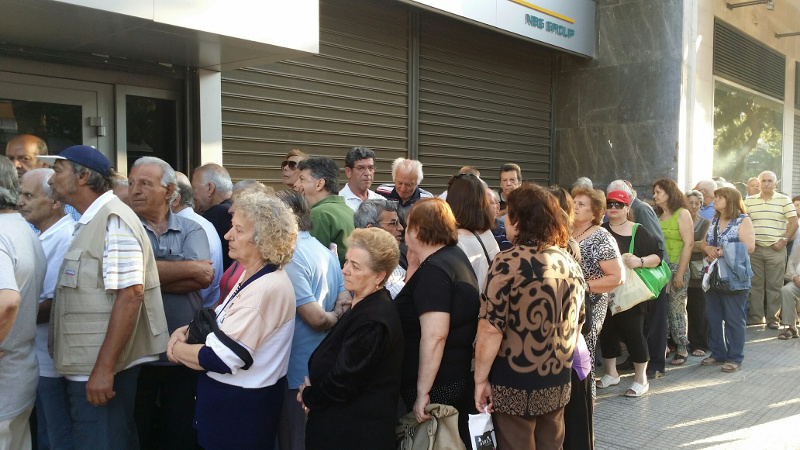 Greece spends the highest percentage of its GDP on pensions compared to other European Union member states, Eurostat says.
Despite the fact that pensions have been slashed dramatically during the economic crisis, the Greek state continues to give a large part of its GDP to pensioners, the highest percentage than any other EU nation.
According to the European statistical authority, pension expenditure in 2015 amounted to 17.8 percent of GDP, the highest in the EU. The percentage of GDP does not mean that Greek retirees get high pensions, it mostly has to do with the high number of pensioners compared to the active workforce.
Roughly, there about 2.7 million pensioners currently with another 300,000 recent retirees who expect to get their payments. At the same time, the recorded number of Greeks working and paying insurance contributions is 3.6 million, all figures approximate and according to ELSTAT.
Another factor that contributes to the high percentage of GDP spent on pensions has to do with the structure of the insurance system, which is a distributive rather than a redistributive system.
Italy comes second with 16.5 percent of GDP, followed by France with 15 percent and Portugal with 14.9 percent, all 2015 data. The EU average percentage of GDP spent on pensions was 13 percent in 2014, while in Greece it was 17.2 percent.
In 2008, before the economic crisis, the pension expenditure in Greece was 13.1 percent of GDP, with Greece ranking fourth in the EU. And that had to do with significant increases in pensions when GDP was higher as well.
However, early retirements and high supplementary pensions in several sectors contributed to the disproportionate pension expenditure that plagues Greece’s insurance system today.