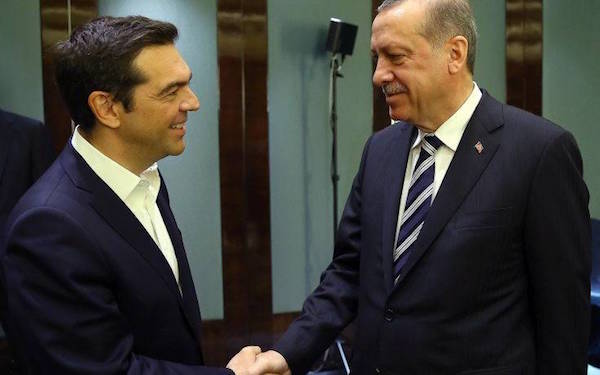 A spokesman for Turkey’s Recep Tayyip Erdogan has described Greek PM Alexis Tsipras as being “well-intentioned” over the issue of the eight Turkish ex-soldiers seeking asylum in Greece.
Ibrahim Kalin, speaking after the first cabinet meeting under Turkey’s new executive presidency, also said Ankara was “concerned” about how the eight men had been released from Greek custody after the legal time limit for their detention expired.
Greek judges have refused to send the men back to Turkey for trial for their alleged role in the failed 2016 coup attempt, claiming the soldiers would not be treated fairly. In response to their release from custody, Turkey suspended a bilateral migrant deal with Greece on June 7.
Earlier this week at a NATO summit in Brussels, Erdogan told reporters: “Everyone knows our determination to fight the Gulenists. Mr Tsipras knows it too. I explained to him our insistence on the release of the eight putschists that escaped to Greece.”
He also said Tsipras had insisted on raising the case of the jailing of two Greek soldiers in Edirne after they crossed the border into Turkey on March 1 this year.
After the meeting, Tsipras said he told the Turkish leader: “I was not asking (Erdogan) for a favor, I said that the necessary processes must go ahead.”