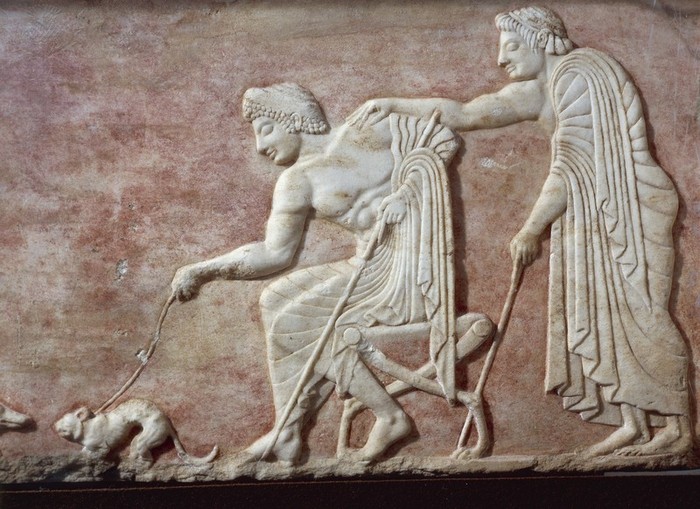 In a week which saw another case of animal abuse in Greece, it is worth remembering that the country’s past is steeped in the ancient Greeks’ love of pets.
Paintings and sculptures from ancient Greece reveal that dogs were, by far, the most common domesticated pet and prized for their hunting abilities.
Breeds like the Laconian were well-regarded for speed and hunting skill while the Molossia was a huge breed used for big game.
The Cretan was a cross-breed to the two above and likely used to find food. 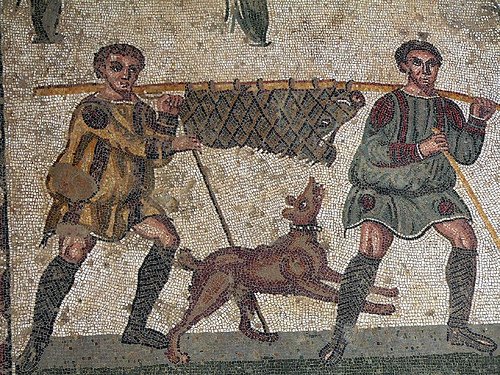 Greeks were also fond of a breed called the Celtic Vertragus, which seemed to be a forerunner of the greyhound. Their speed and agility were highly valued by the ancient Greeks and legend has it that one saved the life of Alexander the Great from a charging elephant.
More unusually, snakes were also kept as pets in the belief that they kept mice and rat numbers down. Ferrets were also kept for pest control.
Although cats were worshipped and prized in ancient Egypt, there is little evidence that the ancient Greeks felt the same way about our feline friends. There are few records of cats in ancient Greek writings, so it may be the case that they didn’t make their presence felt until after Alexander’s conquering of Egypt.
Amazingly though, there is written evidence that Greeks kept primates like apes and monkeys as pets, with some writers spinning stories of such animals learning how to play musical instruments as entertainment. 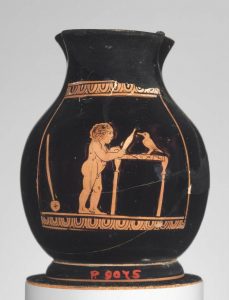 Large birds were also a common pet, with herons and peacocks often taking up residence at home. Engravings also show ducks and geese being kept as pets — perhaps a noisy alternative to a guard dog!
Greeks also buried their deceased pets by the roadside in marked graves. One headstone, dedicated to a beloved pet dog in Greece read: “This is the tomb of the dog, Stephanos, who perished, Whom Rhodope shed tears for and buried like a human. I am the dog Stephanos, and Rhodope set up a tomb for me.”