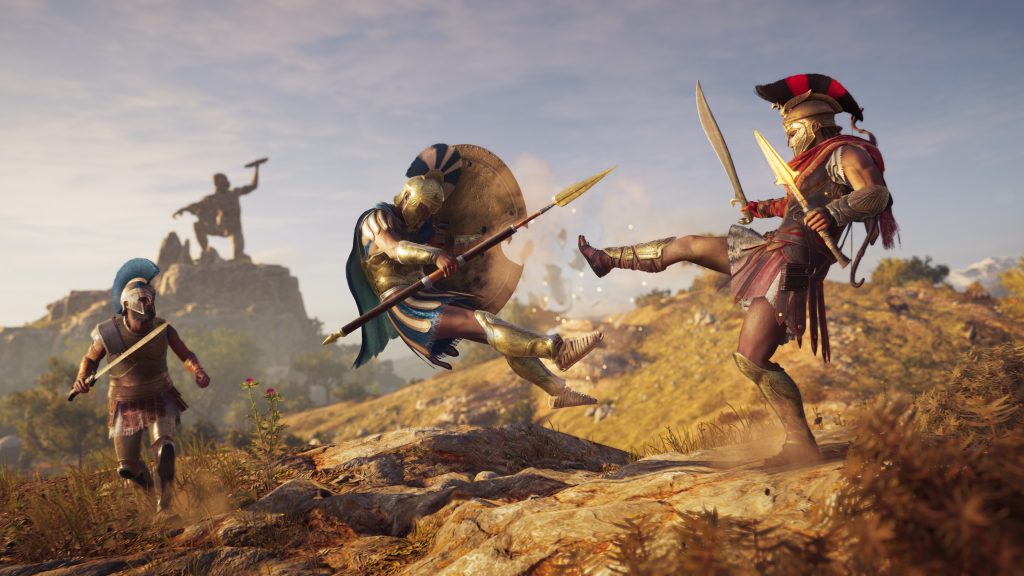 The latest installment of the Assassin’s Creed game set in Ancient Greece has been described as “everything Ubisoft promised and more” by a reviewer.
Writing at Windows Central on Saturday, reviewer Reb Valentine said that while the world of Assassin’s Creed Odyssey was “wonderful to explore” the game’s combat system left something to be desired.
“Assassin’s Creed: Odyssey features many staples we’ve come to expect in the series. Ship combat makes a comeback, even though the total ocean area you explore is smaller than in, say, Black Flag (you’re hanging in the Mediterranean, folks).
“The game features similar skill trees to Origins, so you’ll need to talent into certain combat styles like stealth assassinations for them to have the efficacy you may have come to expect from other games.
“On the bright side, this allows you a degree of customization and RPG progression that feels good to grow.”
Special touches, like a boat’s crew singing in Greek, were praised as was the game’s rendering of “gorgeous world of ancient Greece”.