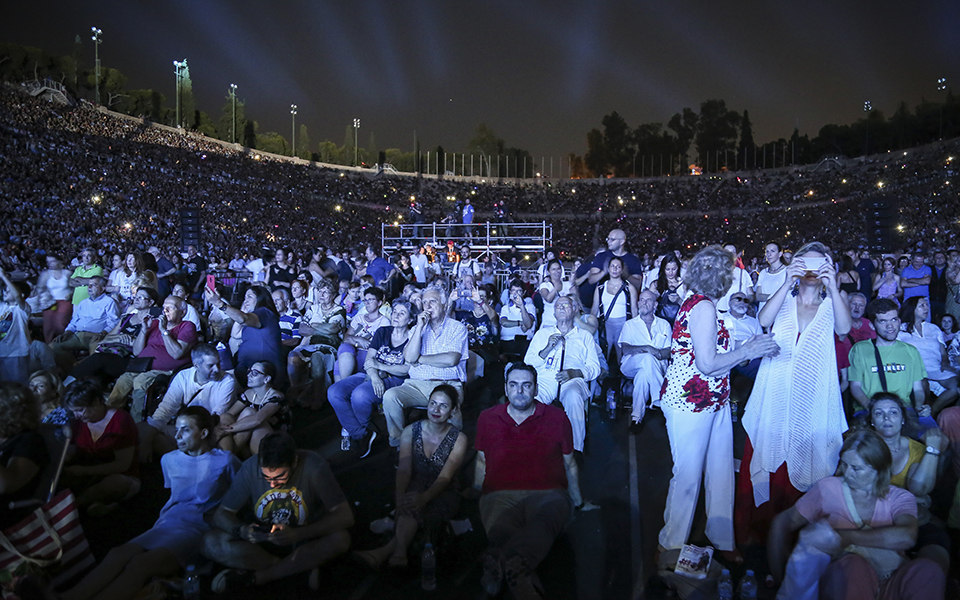 It was a magical night on Wednesday as dozens of thousands of Athenians paid tribute to the music of Vassilis Tsitsanis, the emblematic composer of Greek popular music, in the  Panathenaic Stadium.
The “Play, my Tsitsanis” tribute concert organized by SKAI television brought together all prominent Greek musicians and singers of the past 50 years, such as Dionysis Savvopoulos, Giorgos Dalaras, Christos Nikolopoulos, Eleftheria Arvanitaki, Eleni Tsaligopoulou, Dimitris Bassis, Kostas makedonas, Yiannis Kotsiras and many others to perform the music of the great Greek composer.
It is estimated that over 40,000 people gathered at the Panathenaic Stadium, the marble stadium called lovingly the Kallimarmaro to enjoy the music of Tsitsanis. The beloved composer’s music that helped Greeks endure through the difficult post-war years.
Vassilis Tsitsanis
Born on january 18, 1915, Vassilis Tsitsanis was a talented songwriter and bouzouki virtuoso from an early age. He became one of the leading Greek composers and is widely regarded as one of the founders of modern popular Greek music (laiko tragoudi).
Tsitsanis brought Rebetiko music to the masses, a style of music that hails from the Greeks of Asia Minor and at the time was considered the music of lowlives and hashish smokers. The songwriter cleverly incorporated elements of Rebetiko to his songs making it popular.
The composer wrote more than 500 songs that were sung by the most popular singers since the 1950s. He died on January 18, 1984. 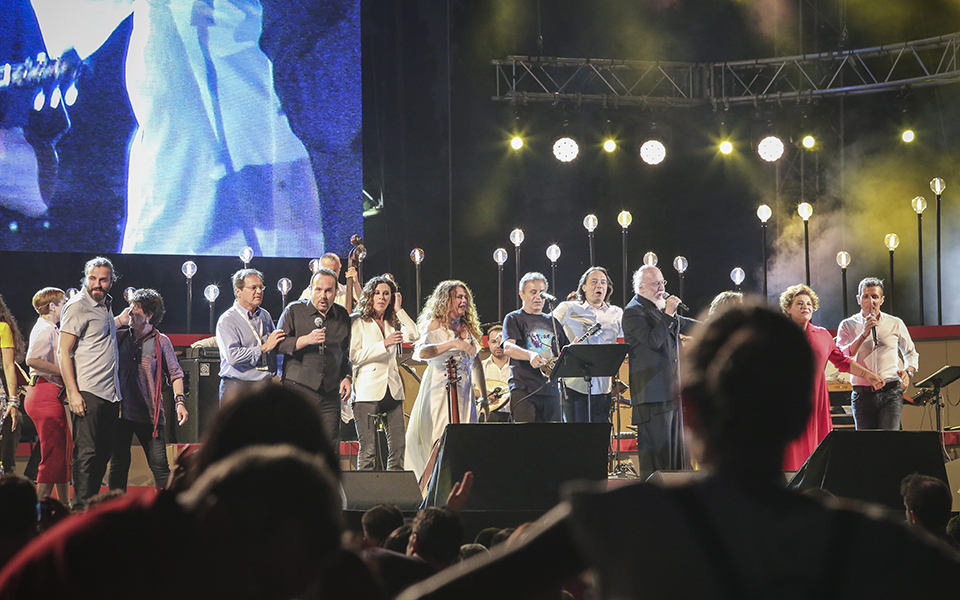 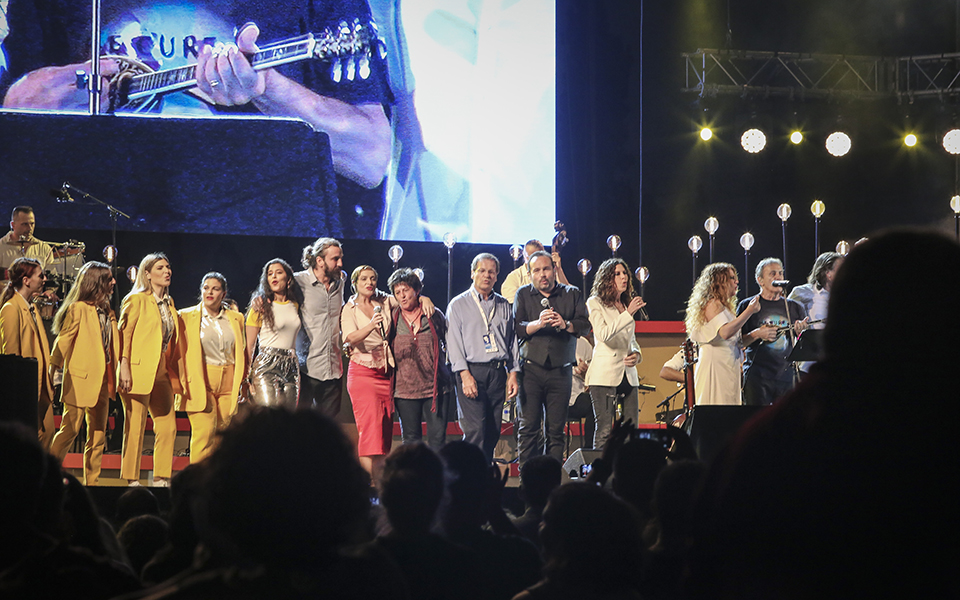 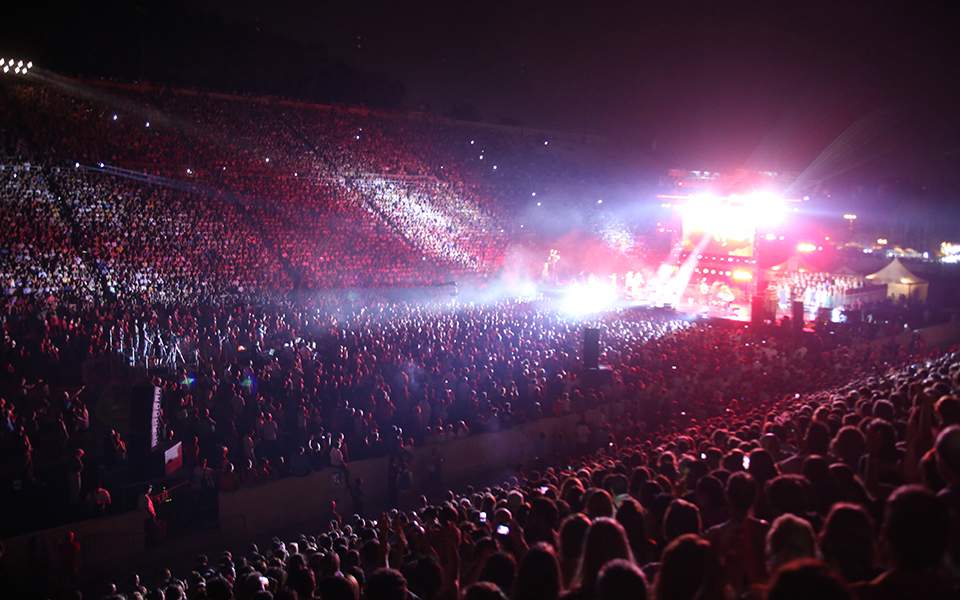