US Ambassador to Greece Geoffrey Pyatt hosted a reception to mark Independence Day on Tuesday with guests including politicians, entrepreneurs, artists and prominent Americans living in Athens.
At his welcoming remarks at the ambassador’s residence, Pyatt said that the United States will help Greece in its efforts for economic recovery.
“We are celebrating how our founding fathers declared independence, taking the first step toward the creation of a nation defined not by language, geography, or religion – but by our democratic values,” he said, noting the influence of the values of Ancient Greece.
He also mentioned the contribution of a Greek immigrant couple, Nick and Mary Mathews to the US.
The couple, Greek and American patriots, donated their hard-earned wealth to the Yorktown Victory Center, and later, the American Revolution Museum at Yorktown, the  town where the British defeat effectively ended the Revolutionary War in 1781.

.@USAmbGreece: “Nick and Mary Mathews are great examples of both Greek resilience and of how Greece and America have stood together over the years, joined by our common experiences and values” #July4thAthens https://t.co/pFXDGWzxo1 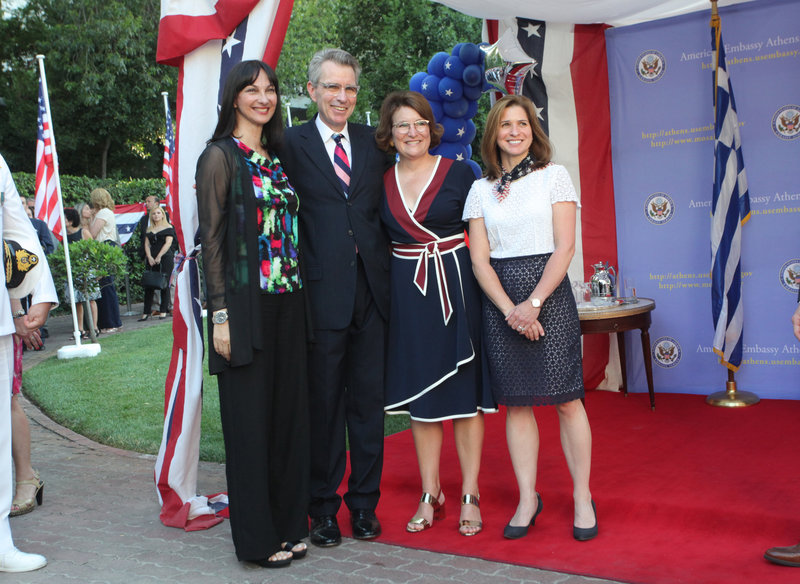 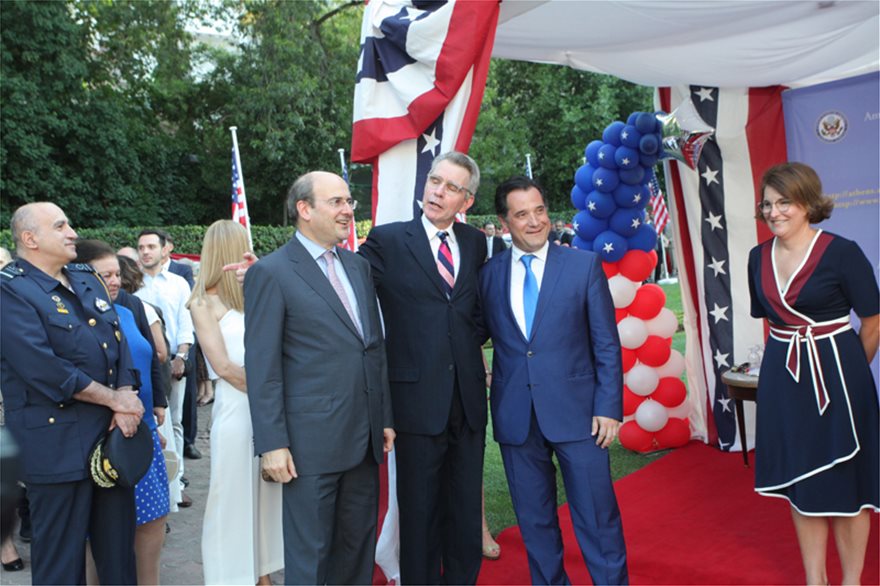