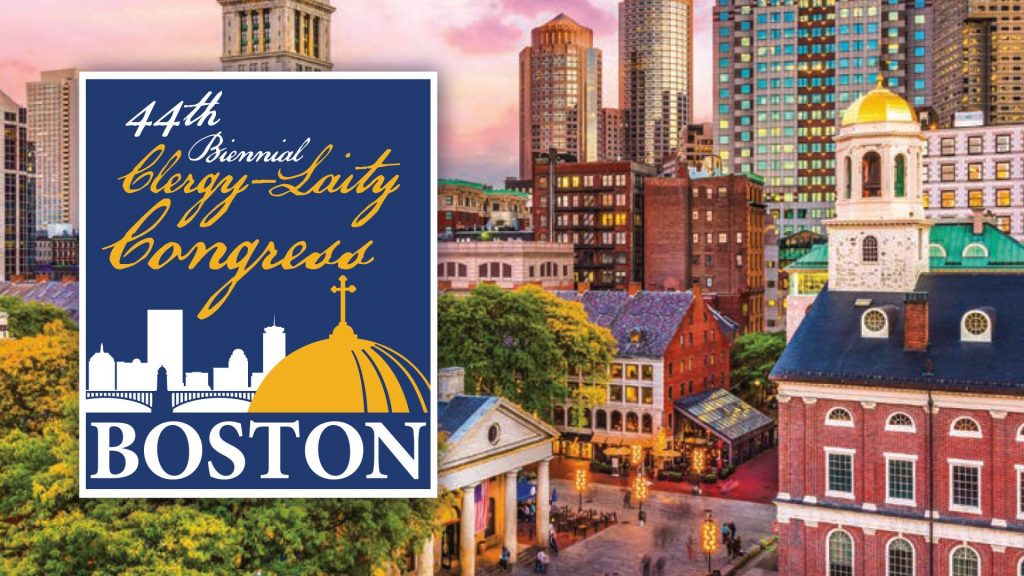 The 44th Biennial Clergy-Laity Congress of the Greek Orthodox Archdiocese of America is taking place in Boston, Massachusetts, July 1-5.

The congress is hosted by the Holy Metropolis of Boston and His Eminence Metropolitan Methodios of Boston.

The theme of the 44th Biennial Clergy-Laity Congress will be “All Things Are Possible to the One Who Believes in Christ” (Mark 9:23).

His Eminence Archbishop Demetrios, Geron of America, announced the theme in his recent Encyclical and explained that, As Orthodox Christians we affirm our faith in Christ, a faith that makes the impossible possible, the unreachable reachable, the non achievable. We know that our faith in Him leads us in our worship and ministry.  We are also led by the example of our Lord in seeing the limitless possibilities of our faith.  His life and ministry show us that belief in Him leads to healing, renewal and hope.  Belief in Christ defeats the power of sin and death, transfigures our lives, and leads us on the path of salvation.

The Congress began with the Hierarchal Divine Liturgy, on Sunday at the Greek Orthodox Cathedral of the Annunciation in Boston. The official opening of the Congress took place on Monday with the Keynote Address by Archbishop Demetrios.

Concurrently, the National Greek Orthodox Ladies Philoptochos Society is holding its biennial convention. The venue for the 44th Clergy-Laity and the Philoptochos Convention is the Boston Marriott Copley Place Hotel.