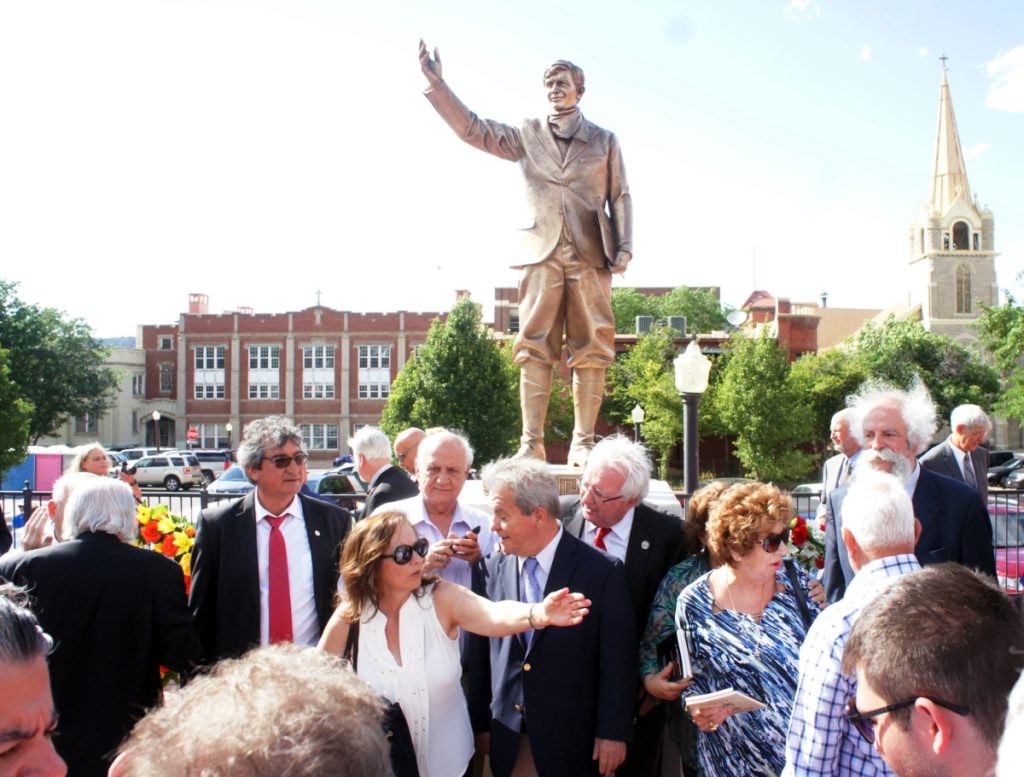 A statue of murdered Greek labor hero Louis Tikas was unveiled at the Trinidad, Colorado Coal Miners’ Memorial Park on June 23, with a speech by Foundation of Hellenism of America President Michael Servos.

The commemorative event began with the with the unveiling of the bronze statue. After that, the Cretan Dance Group performed, followed by the Foundation of Hellenism of America President’s speech and a speech by Cecil E. Roberts, President of the United Mine Workers of America International.

The two-day event was a symposium about the great Cretan who died at the Ludlow Massacre, a historical event that marked workers’ struggle for their rights. It included the screening of the 2014 documentary Palikari – Louis Tikas and the Ludlow Massacre and a Trisagion at the tomb of Louis Tikas at the Trinidad cemetery with Greek Orthodox Metropolitan Isaiah of Denver presiding.

Louis Tikas, born Ilias Athanasios Spantidakis in Rethymno, Crete in 1886, became a symbol of the struggle for labor rights in the United States after he was murdered by the Colorado National Guard on April 20, 1914 as the leader of the Ludlow miners who went on strike against inhuman working conditions in the Rockefeller mines.

Tikas was responsible for the striking miners’ camp in Ludlow after they were expelled from coal company housing. According to a National Guard eyewitness, Tikas went alone to negotiate with Lieutenant Karl Linderfelt, who broke a rifle butt over Tikas’ head and ordered him shot during a raid on the miners’ camp.

The Ludlow Massacre by the Colorado National Guard and company thugs is named so after the killing of 13 children, two mothers, and number of miners. Folk singer Woody Guthrie memorialized the dead in his famous song, Ludlow Massacre.