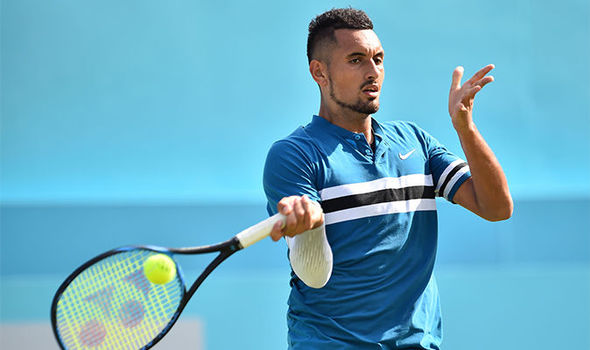 A Greek-Australian tennis player has landed in hot water after being caught making a lewd gesture during a televised match.

Nick Kyrgios had been taking on Croatian opponent Marin Cilic in a semi-final match the Queen’s Club Championships in London over the weekend, when TV cameras picked up the 23-year-old Aussie using a water bottle to make a crude motion.

Currently the highest-ranked Australian in the ATP list, Kyrgios was slapped with a fine worth $17,500 which was deducted from his semi-final winnings.

To make matters worse, Kyrgios went on to lose 7-6 (7-3) 7-6(4) to Cilic who proceeded to the final where he beat Serbia’s Novak Djokovic to win Fever-Tree Championships.