GRNews
GreekReporter.comGreek NewsEconomyGreek PM: We Are Not Afraid of Post-Bailout Surveillance

Greek PM: We Are Not Afraid of Post-Bailout Surveillance 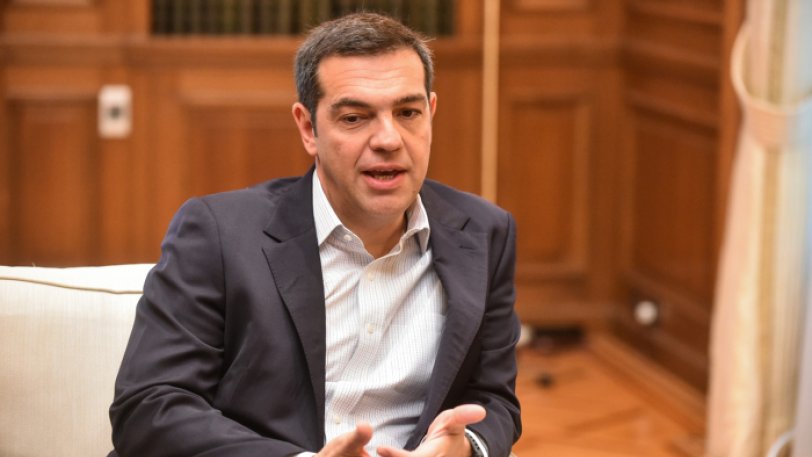 Greek Prime Minister Alexis Tsipras has denied that Greece does not want a precautionary credit line after the bailout program ends because it is afraid of creditors’ surveillance.
Speaking to Germany’s Die Welt Sunday edition, Tsipras spoke about the post-bailout period for Greece and the progress of the country’s economy in the years of his administration.
“The end of this phase (bailout program) will strengthen the soul of our people,” Tsipras said. “We brought back a sense of stability and security in Greece. If you talk to Greek people [around] the world, you will find that they have returned to a sense of regularity. The OECD even calls us champions of reforms.”
When asked why Greece refuses further support after the bailout program ends — such as a precautionary credit line — Tsipras denied it was because his administration was afraid to face surveillance from creditors.
He said that after eight years of sacrifices by the Greek people, the administration understands what reforms are needed and is willing to implement them.
“We are not that stupid to go back to the miserable days of 2010 again,” the Greek prime minister said.
On the issue of unemployment, Tsipras admitted that the current 20 percent figure is the highest in the eurozone and the EU in general. However, he said, when he assumed power in 2015, the unemployment rate stood at 27 percent, so there had been progress in the years of his administration.
When asked why the government is trying to prosecute former chief of the Hellenic Statistical Authority (ELSTAT) Andreas Georgiou for correcting the false 3.8 percent budget deficit figure to the correct 15.4 percent in 2010, Tsipras claimed his administration is actually willing to support him.
In 2017, an Athens Appeal Court sentenced the former head of ELSTAT to two-year imprisonment on a charge of breach of duty. Georgiou was found guilty for failing to inform the ELSTAT Board of Directors of a decision to assess the revised deficit figures for 2009 which was taken without the explicit agreement of the other members.
The court’s decision marked a setback for the former chairman of ELSTAT after he was acquitted of the same charges in December 2016 by another appeals court. A senior Greek prosecutor ordered for the case to be reopened.
“We never hid the fact that we recognized those figures. But justice and the courts are independent. That is exactly the independence we want to improve in Greece. But if the court asks us to testify in his favor, we will,” Tsipras told Die Welt.
“There is a separation of powers,” Tsipras continued. “As prime minister I do not comment on the work of the Supreme Court. Nevertheless, I would like to say this: The trial against Mr Georgiou concerns the breach of his duties with his Supervisory Board. ELSTAT is independent. No one doubts the credibility of its authority.”