Police in FYROM’s capital, Skopje fired flash grenades and tear gas at protesters opposing the signing of an agreement with Greece to rename the country.
According to reports, some of the protesting crowd pushed through police barriers and attacked officers near the National Assembly building in Skopje.
The crowd chanted “Macedonia: We won’t give up the name” and sang patriotic songs. 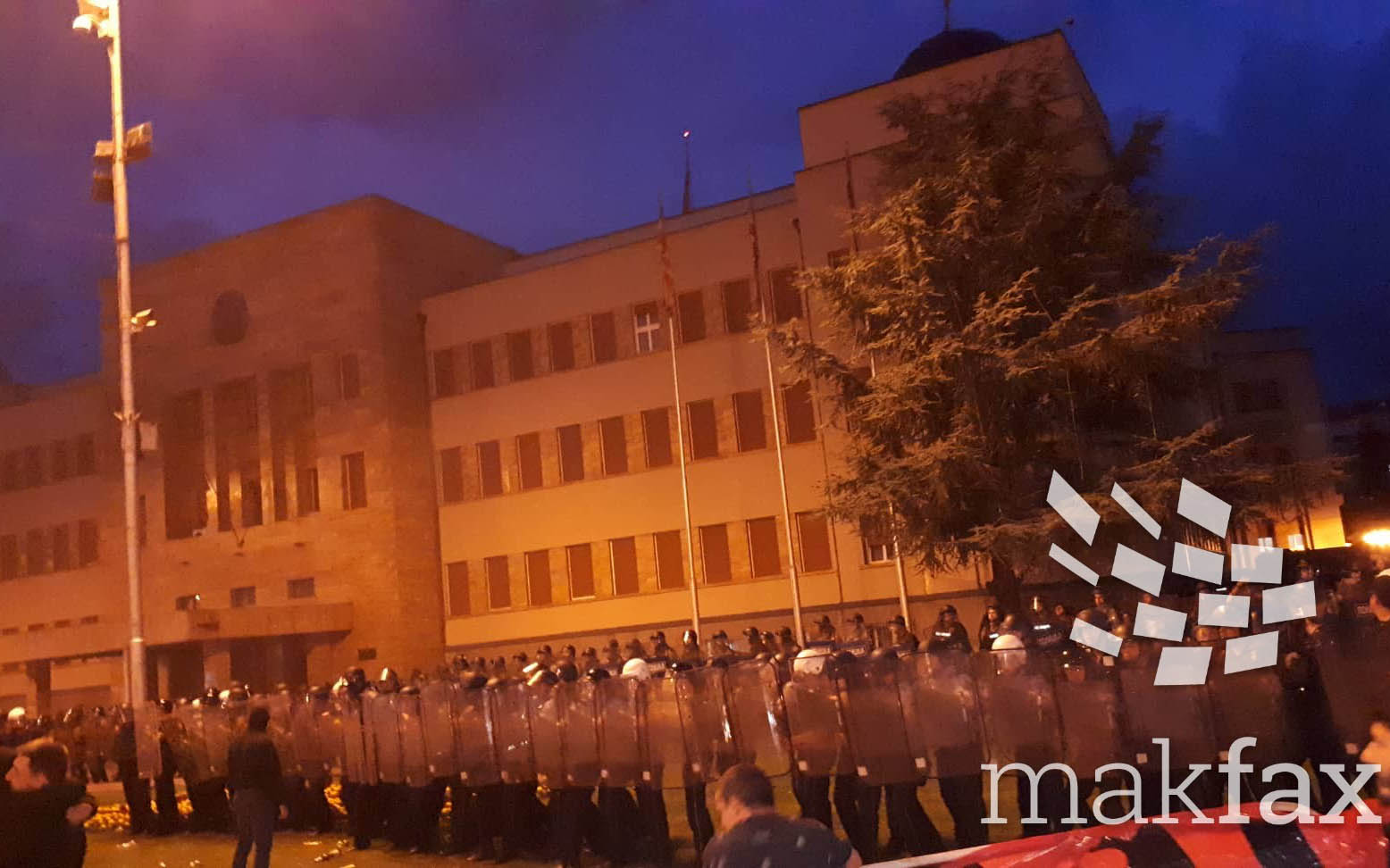 Earlier on Sunday, some 5,000 people had rallied in the south-west of the country in an event organized by the opposition nationalist VMRO-DPMNE party, which has strongly opposed the name change.
Protests erupted in both FYROM and Greece as the foreign ministers of the two countries signed the agreement which would modify the name of the former Yugoslav republic to the ‘Republic of North Macedonia’.
The agreement, signed at Lake Prespa along the border separating the countries, could also pave the way for FYROM to seek membership in the European Union and NATO.
In Greece, there is anger over the government’s acceptance that its neighbor will be able to refer to its language and ethnicity as ‘Macedonian’.
Greek premier Alexis Tsipras’ domestic critics say he has bargained away Greece’s diplomatic advantages — the power of veto over EU and NATO accession — for a deal that could backfire.