Greece and FYROM signed a landmark agreement on Sunday towards resolving a long-standing dispute over the name of the former Yugoslav republic, after the government in Athens survived a no-confidence vote on Saturday.
The Greek and FYROM foreign ministers, Nikos Kotzias and Nikola Dimitrov, signed the document in Psarades, on the shore of Lake Prespa, shared by the two countries and Albania. 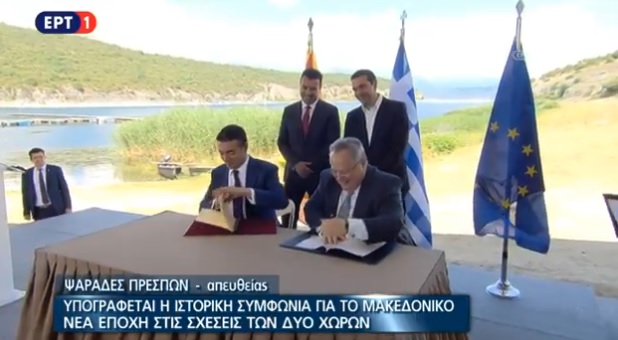 Prime Minister Alexis Tsipras of Greece and Zoran Zaev of FYROM witnessed the signing of the deal. Zaev arrived by speedboat, received by Tsipras on the Greek side of the lake, where they warmly embraced. 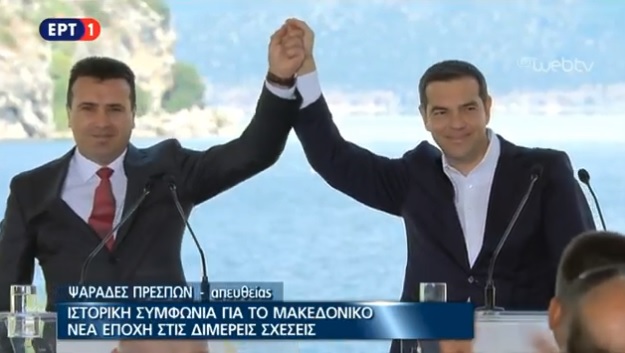 
The two prime ministers, foreign ministers and official guests will later board water craft and sail to a town on the opposite shore of the lake in FYROM, where they will have lunch.
Under the deal, Greece allowed the neighboring country to retain the key part of its name, but with a geographic qualifier. After the complex procedure is complete, the country will become the Republic of Northern Macedonia.
Greece, which claims the name for its northern province, will swiftly lift its veto on an invitation for Macedonia to join NATO.
Athens will also not block the EU from opening membership talks with Skopje.
Protests
As the deal was signed protesters gathered in nearby villages. Holding Greek flags they demonstrated against the agreement. 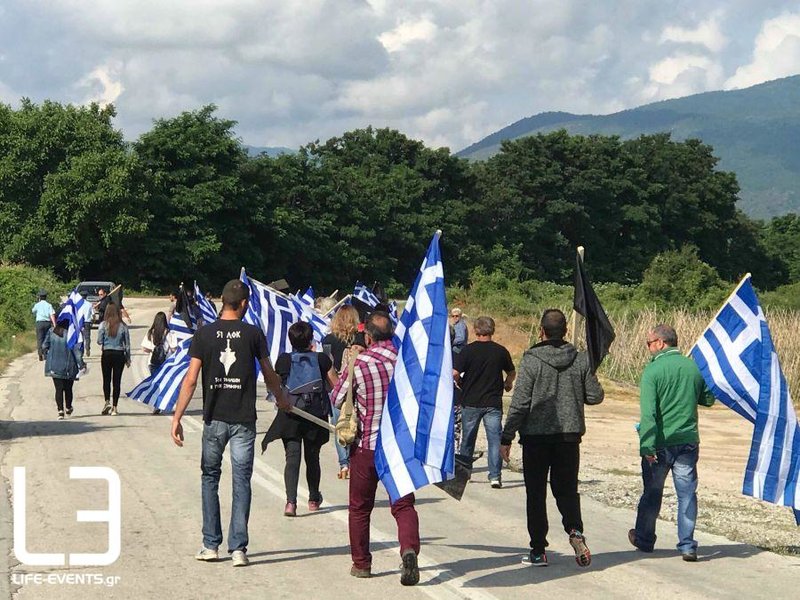