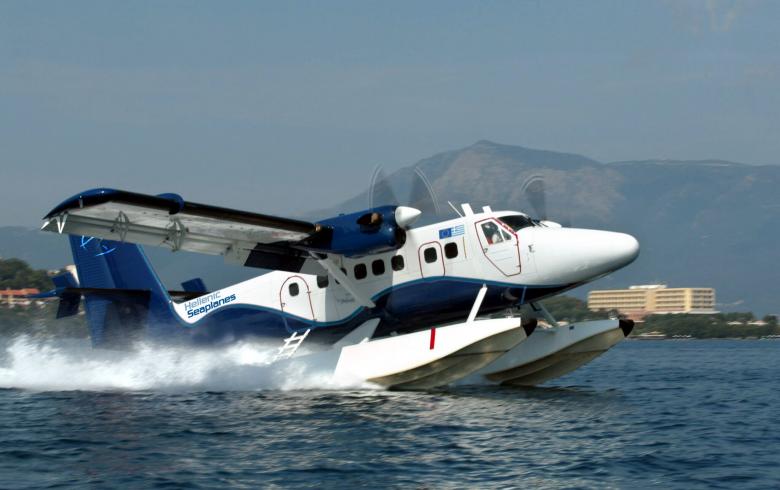 The summer of 2018 will find Greece for yet another year without hydroplane services for the Aegean and Sporades islands as investors’ interests remain on ice.
The Ministry of Infrastructure and Transport has not come up with a legislative framework for the establishment of proper nationwide hydroplane services. The consultation between the ministry and hydroplane companies was completed in 2016; however, there has yet to be a draft bill tabled in parliament.
Even though Hellenic Seaplanes plans to schedule flights from Athens to all Greek islands, the ministry has not produced a plan to delimit and license waterways. A law on the operation of seaplanes and waterways was passed in 2013 but there has been very little done on setting up operations.
After the law on seaplanes, there had been great interest from investors. Yet, bureaucratic  obstacles have hindered the creation of a seaplane network. Only the port city of Patras, and Corfu and Paxi islands in the Ionian have licensed waterways, serviced by Hellenic Seaplanes.
The competition for the licensing of services in popular islands like Kefalonia and Lefkada, promoted by the Ionian Islands Region, and secondly in Ithaca and Meganisi, that would have had to be completed in time for hydroplanes to start flying is not over yet, therefore the islands will not be serviced this summer.
According to a 2017 Economy.gr report, other than Hellenic Seaplanes there is also a Chinese company that has approached the Greek government expressing an interest in investing in hydroplane services.