The Decline of Greek Football: From Euro Champions to Pariahs

By Philip Chrysopoulos
June 13, 2018
Facebook
Twitter
WhatsApp
Linkedin
Email
It was 4 July 2004 when Greece’s national football team did the unthinkable: They won the European Cup, sending millions of Greeks across the world into ecstasy.
The Greek underdogs beat hosts Portugal and Cristiano Ronaldo in the final; they beat the France of the great Zinedine Zidane in the semi-final and a strong Czech Republic in the quarter final.
It was a feat that only days before the three games seemed impossible. Yet it happened; it was the greatest triumph of Greek football, putting the little Mediterranean country among those footballing giants who had lifted the cherished trophy.
Theodoros Zagorakis, the 2004 squad captain., said: “It is the greatest gift God ever gave us. We have given the Greek people more than joy with this moment. It will be our pride forever.”
A month later, Athens hosted the 2004 Olympics. It was the year of Greece. The sky seemed the limit for Greek football and Greek sports in general. The Angelos Charisteas’ goal that gave the country the European Championship was on endless repeat on TV sets and computers.
Yet, Greek football failed miserably to capitalize on this great triumph. In September that year, Greece slumped to a humiliating 2-1 defeat in Albania in the 2006 World Cup qualifiers. Greek fans said the European Cup had gone to the players’ heads.
The truth is that Otto Rehhagel, the German coach of the national team from 2001 to 2010, based his system on a strong defense. He instilled the importance of good defense and unity on his players. So, Greece had a hard time beating teams that put emphasis on their defense as well.
In all three major wins that gave Greece the European Championship, the score was 1-0. Greece could not overwhelm their opponents, in many cases they won games by keeping a clean sheet and scoring a goal in a counter-attack or after a free kick or a corner.
Failure to qualify
Greece failed to qualify for the 2006 World Cup, but managed to do so in for South Africa 2010. After two losses to South Korea and Argentina, the team managed their first victory in a World Cup after a 2-1 success against Nigeria. The game also marked the end of Rehhagel’s career in Greece.
Portuguese Fernando Santos replaced the legendary coach and followed a similar defensive strategy. In Euro 2012 Greece managed to make it to the knockout round, losing out to Germany in the quarter-final. They also achieved their best-ever finish at the World Cup in Brazil in 2014, making it to the last 16 before losing out to Costa Rica on penalties.
Fernando Santos was replaced by Claudio Ranieri, who was fired after a humiliating defeat to the Faroe Islands. Ranieri only lasted four games and his temporary replacements Kostas Tsanas and Sergio Markarian left almost as quickly. German coach Michael Skibbe who took over in 2015 has a 6-4-4 record so far, but failed to lead Greece to the 2018 Russia World Cup. 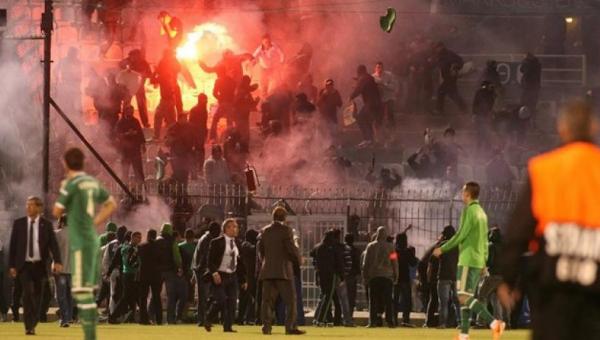 The specter of Grexit
At a club level after 2004, only Olympiacos managed to represent Greek football as a respected and terrifying ambassador, with the exception of the 2010-2011 season when Panathinaikos had some impressive successes in the Champions League.
Building their own football field and inaugurating it in 2004, Olympiacos started the season with Brazilian legend Rivaldo in the squad. The 2004-2005 season in the Champions League saw Olympiacos beating Liverpool, the European Champions of that year.
From 2004, Olympiacos had a good presence in the Champions League through to 2016. They were absent for two seasons only and managed to beat legends Real Madrid, Juventus, Manchester United, Atletico Madrid, Arsenal, Benfica and others at home.
The economic crisis in Greece did not seem to faze the Reds, as they had frequent Champions League qualification and the money that went with it. Yet, it affected the rest of the clubs. AEK Athens were relegated to the third division in 2013 after the club went bankrupt.
At the same time, attendance figures dropped dramatically while revenues from TV contracts went down as well. Club revenues are at a minimal right now, forcing owners or major shareholders to follow very tight economic policies.
Along with tight budgets, another factor that marred Greek football in the crisis years was the escalation of violence, inside and outside arenas. Pitch invasions, clashes with police, flare guns being fired at players, brawling among fans and a constant undermining of referee decisions from almost all teams have devalued Greek football and driven many fans away.
The intervention of the political authorities in the Super League — Greece’s top division — through the deputy minister of sports have marred the picture of Greek football internationally.
Two times in the past three years the sports deputy minister ordered the suspension of the Super League, an action unheard of in the self-government of national federations, as FIFA and UEFA dictate.
Nevertheless, the last two Greek Cup finals between AEK and PAOK were marked by extended fights between fans and against the police. In the 2017 final both teams were punished by being forced to play without fans in the first home games of the season. This year, the punishment for the two clubs were fines running into thousands of euros.
Greek fans turned their backs on domestic football. From the peak of having more than 7,000 fans at each game on average, only 3,000 attended in the 2017-2018 season.
National team players leave Greek clubs and play for more affluent sides abroad. For the 2018-2019 season there are five teams that have not secured deals with television stations yet.
In light of the violence in games and state interventions, FIFA has threatened to kick out Greek teams and the national side from all international tournaments.
Each year that passes, international players seem to avoid Greek clubs at transfer time. Even Olympiacos can no longer attract famous players like Giovanni, Rivaldo or Christian Karembeu who were bringing thousands of fans to the games.
In the 2017-2018 season, giants Panathinaikos came close to bankruptcy and relegation for failing to pay several players’ contracts. Luckily for them, a Thai businessman appeared and is willing to become the major shareholder of the ailing club.
And on top of that, the start of the 2018-2019 season seems doubtful as deputy sports minister Giorgos Vassiliadis has proposed that the number of teams in the Super League be reduced and submitted a plan that not all clubs seem willing to accept. 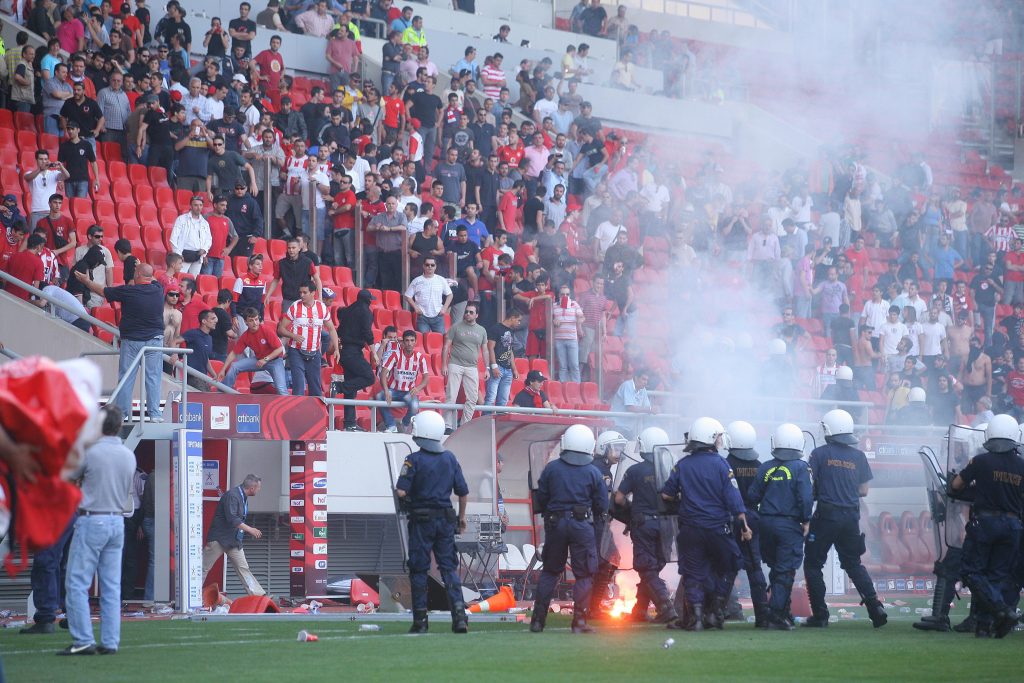