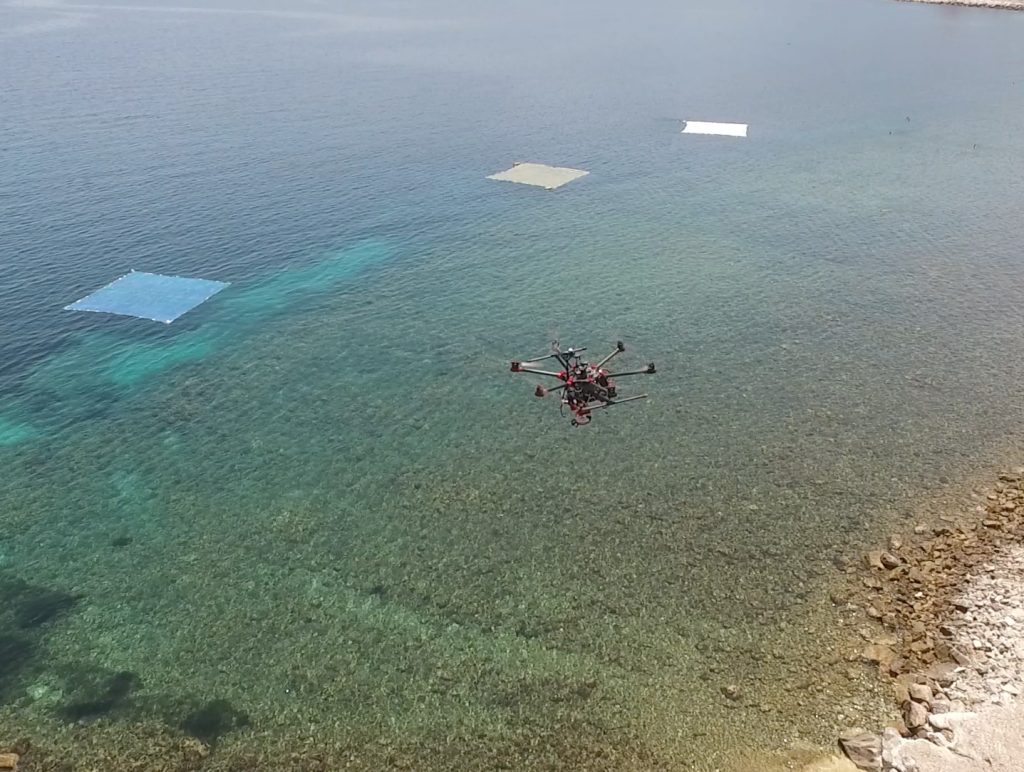 University of the Aegean kgiyvbk researchers conducted a successful experiment detecting plastic waste in the sea of Lesvos with the use of drones.
The Marine Remote Sensing Group experiment was carried out at the Tsamakia beach of Mytilene. Its aim was to remotely locate large surfaces of plastic waste on the surface of the sea, allowing for targeted and effective intervention in their removal.
Three floating artificial targets, 10 by 10 meters each, containing 3,600 1.5 liter plastic bottles of water, 185 plastic disposable bags and 200 square meters of fishing nets were placed in the coastal area. Four satellites (Sentinel-1, Sentinel-2, TeraSAR-X and WorldView-3) collected data over the experiment area by capturing the plastics in many different ways (in multiple wavelengths and different spatial analyses).
At the same time, four Marine Remote Sensing Group drones were used to precisely map the position and density of the plastics in specific spectral areas (visible, infrared and thermal). In addition, aerial photographs were collected from a light aircraft flying at an average height.
The targets were visible on all satellite data and will be the primary material for the creation of remote detection algorithms for plastic waste at sea. More than 30 students from the marine science department participated in the experiment.