The archaeological site of the palace of Aigai, considered not only the biggest but, together with the Parthenon, the most significant building of classical Greece, opened to visitors this week.
Constructed during the reign of Philip II (359-336 BC) on a raised outcrop in modern day Vergina, northern Greece, the palace — three times the size of Parthenon — was visible from the whole Macedonian basin; a remarkable landmark, a symbol of power and beauty. 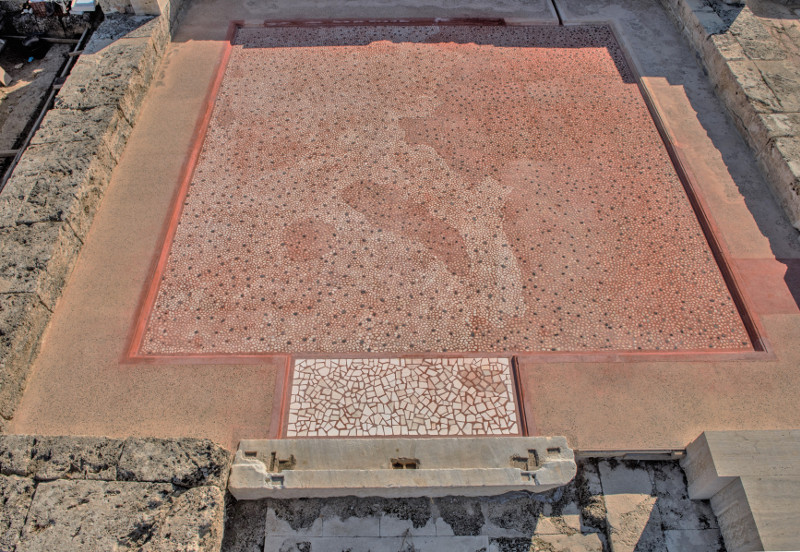 The palace of Aigai was designed for Philip by an ingenious architect — probably Pytheos, known for his contribution to the construction of the Mausoleum at Halicarnassus and to the development of urban planning and the theory of proportion. 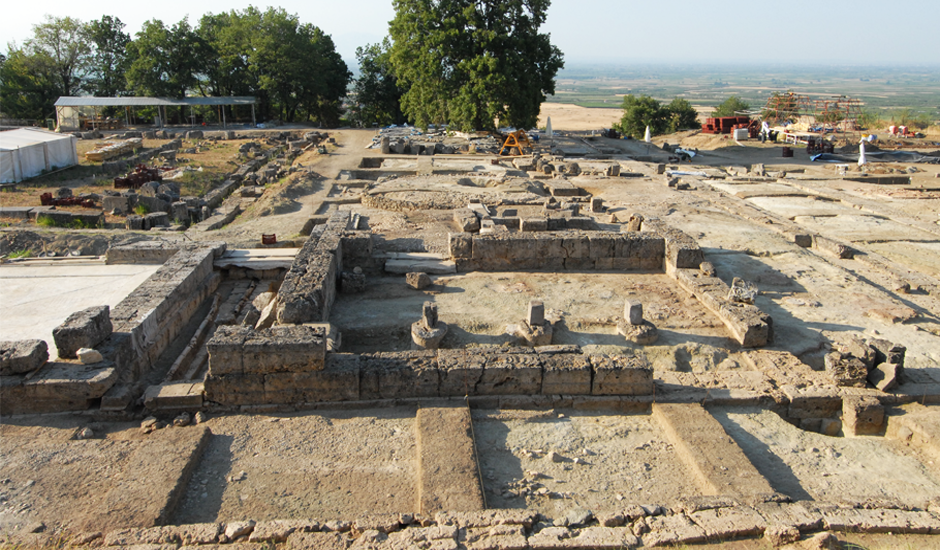 The masonry and architectural members, all artfully processed, were covered with lustrous high-quality marble stucco that resembles marble and calls to remembrance Vitruvius’ description of the plaster used in Mausolus’ palace that shined as if made of glass. 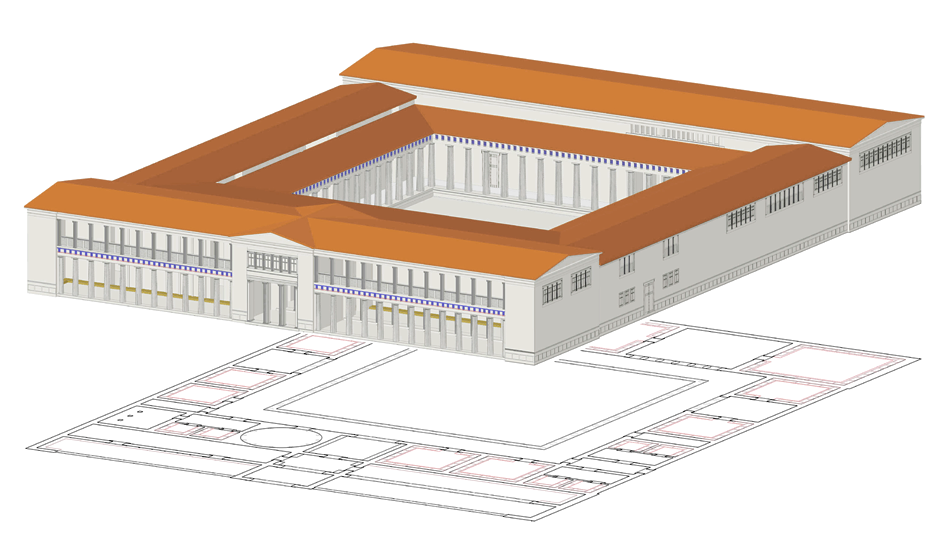 Thousands of roofing tiles and relief antefixes of excellent quality, hundreds of square meters of floors covered with marble inlays and mosaics, some of which constitute exceptional works of art, extravagant pigments, bronze and all kinds of luxurious materials were used to create a complex that would fulfill the king’s ambition. 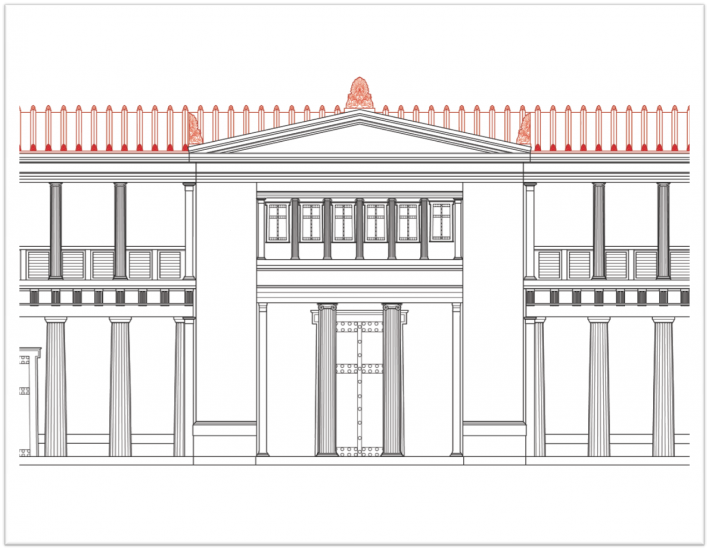 However, beyond the luxurious materials, the inventiveness and perfection of construction techniques, and the astonishing technological achievements traced on all levels of construction, the most fascinating and dominant element of this unique building is its ingenious architectural conception. 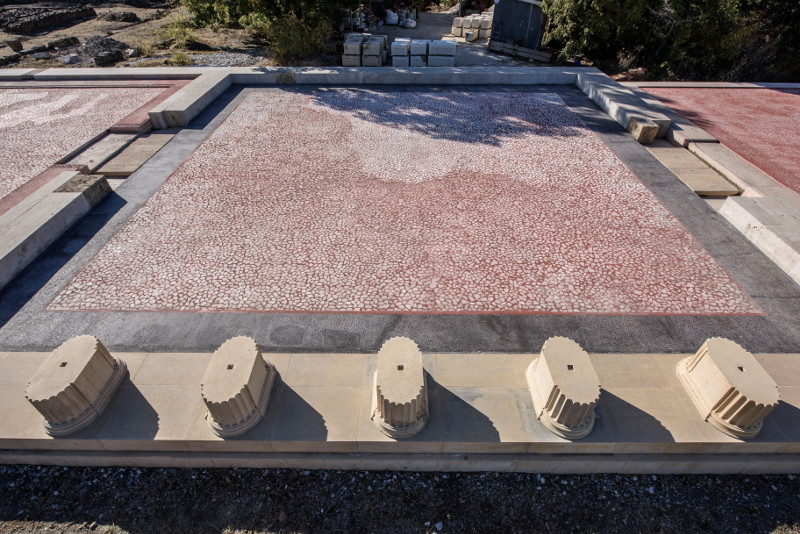 The large square peristyle (row of columns surrounding a space within a building) — the ‘heart’ of the building — together with the areas surrounding it, and the impressive propylon (structure forming the entrance to a building) enclosed by stoes (porticos, roofed colonnades) that form the facade, constitute the basic elements of this innovative-for-its-era architectural project.