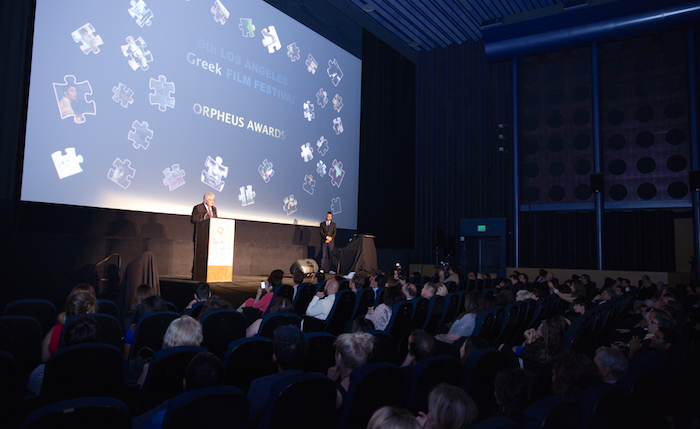 The 12th LA Greek Film Festival has revealed a list of movies sure to whet the appetite of all cinema lovers and friends of Greece.

Starting next Monday, June 4, the LAGFF — after reviewing 175 submissions — has chosen to screen 11 feature films, 15 documentaries and 27 shorts at venues across the city.

Among the screenings will be industry-lead roundtables, panels and masterclasses.

LAGFF celebrates the best new films from Greek filmmakers worldwide and promotes Greek
cinema and cultural exchange while bridging the gap between the filmmakers and Hollywood.

“Greek cinema continues to impress and produce,” said festival director Aristotle Katopodis. “Greek filmmakers keep winning major awards at international film festivals and we are proud to host over 50 of the best and most innovative Greek films from around the world, for the 12th time.”

Among the festival’s themes this year is ‘filming in Greece’ which looks at new financing laws, incentives and rebates.

Other themes for 2018 include: music and how it informs Greek films plus Greeks in the Academy — a tribute to the Greek artists who have received an Academy
Award or Oscar Nomination since 1935.

The full list of films can be seen at http://lagff.org.

The opening night kicks off the festival with a screening of 1968, directed by Tassos Boulmetis, at UCLA’s James Bridges Theater. It tells the story of how AEK’s basketballers won the European Cup at Kallimarmaro Stadium, changing Greek history forever.