Flights Cancelled, Ships Docked Ahead of General Strike in Greece 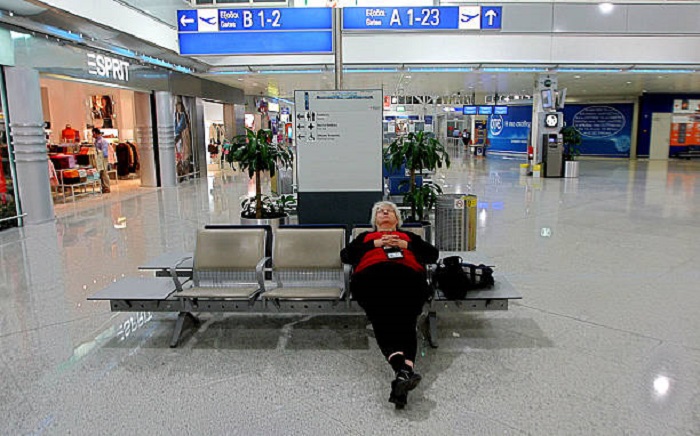 Athenians and visitors alike face more transport chaos on Wednesday as unions call another 24-hour strike.
Public transport employees in Athens will down tools as the country’s main private and public-sector umbrella unions, GSEE and ADEDY, embark on more industrial action.
Aegean Airlines has warned of changes and cancellations to its flights due to an air traffic controllers’ stoppage from 10 a.m. to 1 p.m. local time (0700-1000GMT).
Six Aegean Airlines and Olympic Air flights will be cancelled and the departure times of 50 flights will change.
Aegean Airlines flight A3 990 Athens-Istanbul, A3 991 Istanbul-Athens , A3 980 Athens-Sofia, A3 981 Sofia-Athens and Olympic Air’s OA110 Athens-Thessaloniki and OA 111 Thessaloniki-Athens on Wednesday have been cancelled.
Air traffic controllers have joined the general strike called by unions in opposition to “austerity, unemployment and over-taxation.”
The action is expected to upset rail services across the country but also the metro’s link to Athens International Airport and the Proastiakos suburban railway.
The umbrella union of Greek seamen, PNO, has said it will also take part in the strike and that ships will remain in ports around the country.
The General Confederation of Greek Labor will stage a rally at Klafthmonos Square in central Athens at 11 a.m.