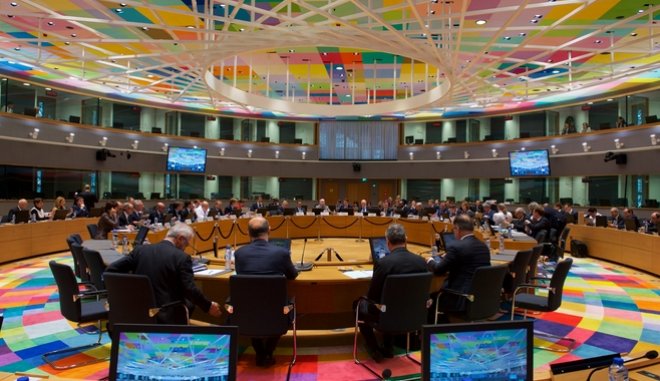 The Washington Group that convened on Thursday in Brussels failed to reach an agreement on the Greek debt relief issue and will be meeting again during the G7 summit in Canada, in early June.
According to a Bloomberg report, the meeting of the International Monetary Fund representatives and Greece’s creditors along with government officials of Germany, France, Spain and Italy (the Washington Group) did not agree on the Greek debt.
The ongoing differences between the IMF and Greece’s European creditors continues, with Athens now expecting a decision to be reached during the June 21 Eurogroup. The IMF and Berlin continue to disagree on the length of upfront extension on bailout loans.
An agreement on the easing of Greece’s debt would allow for the immediate financial participation of the IMF in Greece’s aid program.
According to the Athens News Agency, the Greek finance ministry announced that the Eurogroup was “positive” concerning Greece, and the IMF and European institutions seem willing to converge on their positions.