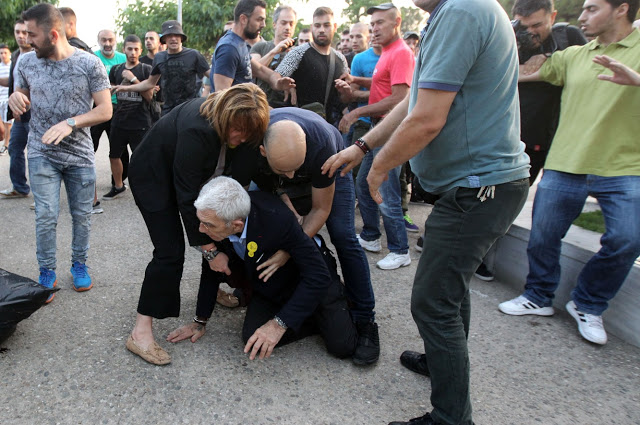 A Thessaloniki misdemeanors court, on Wednesday, found three men guilty over a mob assault against City Mayor Yiannis Boutaris, who suffered minor injuries.
Two of the assailants, both aged 20, were given a 14-month and 21-month suspended prison sentence respectively, while the third — 36-year-old ethnic Greek from Georgia — received a 14-month jail sentence, which he was allowed to buy out for five euros per day, as he did not meet the conditions for a suspended sentence.
The judge decided that the three men were part of an organized attack against the mayor, a position shared by the public prosecutor as well.
The three men said they have regretted their actions and apologized. They said they had been carried away by the crowd. The 36-year-old said he did not even know who he was beating.
The assault on Boutaris took place on Saturday during an event for the Commemoration Day for the Pontian Genocide.