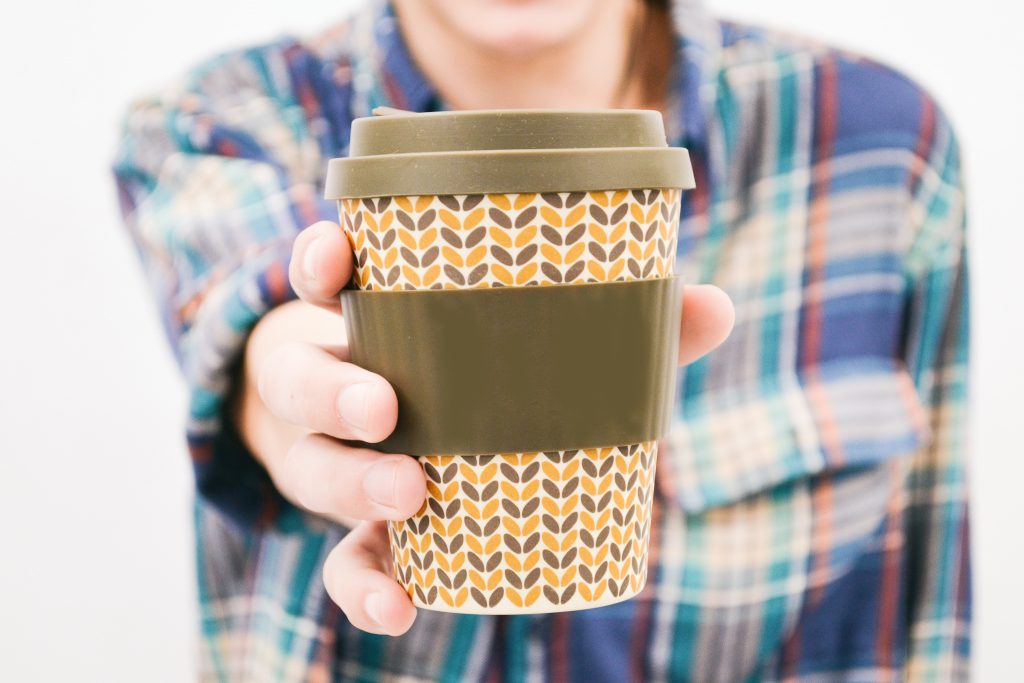 By Heini-Sofia Alavuo
Greeks love their daily coffee, so much so that they go through an estimated 300 million plastic takeaway cups of the stuff every year.
Sadly, this is taking a punishing toll on the environment, as the vast majority of our coffee containers go unrecycled.
Now a new campaign is trying to put a halt to this damaging and wasteful practice. Sto Potiri Mou — In My Cup — is being organized by Greenpeace volunteers all around Greece and aims to reduce the amount of plastic we use in our daily lives.
Plastic is a worldwide problem and it is estimated that by 2050 there will be more plastic than fish in our oceans, such as the huge rolling ball of trash in the Pacific ocean which presents a threat to us all.
According to Greenpeace, approximately a million plastic cups are used daily in Greece – and that is only for coffee.
Sto Potiri Mou is encouraging cafeterias to join the fight against single-use plastics by promising to give a discount to everyone who comes in with their own reusable cup, instead of getting a plastic one.
The minimum discount amount is €0.10 ($0.12), but participating cafes are free to choose the amount themselves.
“The average amount is €0.25, but some places offer discounts as big as €0.40 or €0.50 cents,” Denys Tsutsayev, the Athens-based volunteer coordinator of Greenpeace Greece, tells Greek Reporter.
“The project is 95-percent run by the volunteers themselves. We support them with the coordination and have weekly meetings on Skype, but they come up with the idea and do all the work,” Denys says. 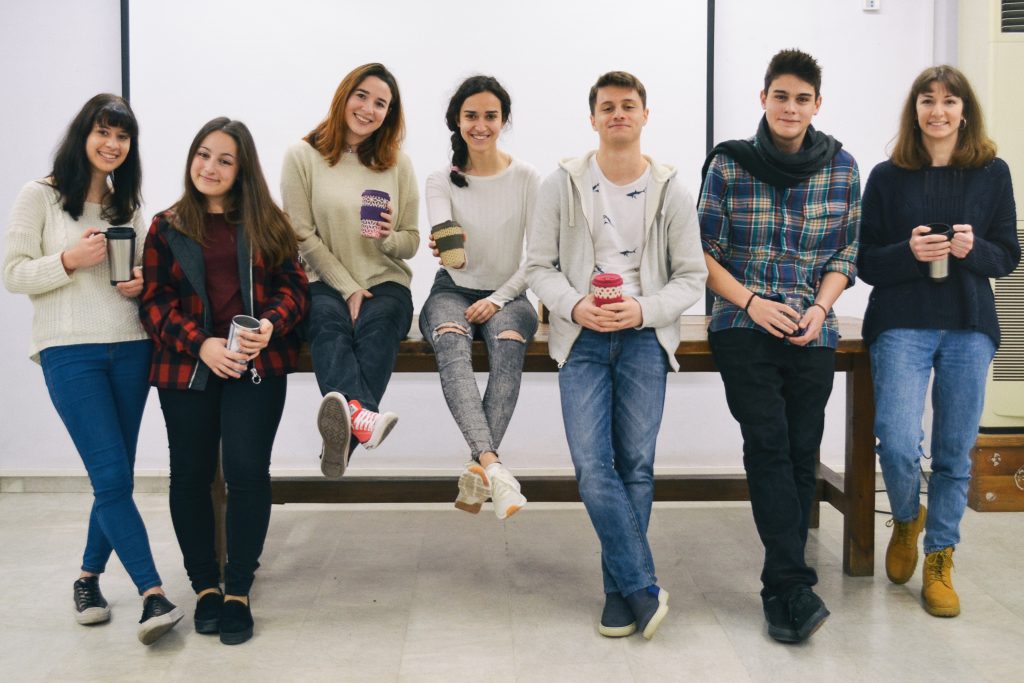 Greenpeace Greece wants to show organizations around the country that trusting and listening to volunteers can help create something meaningful and important for cities and the environment.
The volunteers had been discussing the plastic problem in Greece for many months and started to work on the project last October. The group started to look for different initiatives in other countries — similar projects take place in the U.K., Australia, New Zealand and other EU countries.
“We wanted to make the project very practical and engage people, and that’s how Sto Potiri Mou evolved.” Denys says.
They started to get in touch with cafeterias in January this year, rolled out the project shortly after.
Today there are 75 participating outlets added to the map on the project’s website and the volunteers are updating the page as often as they can. Denys tells Greek Reporter that they will most likely have 100 places on the map next week – another milestone reached.
The core team has five volunteers in Athens, Thessaloniki and Heraklion. They help other volunteers around Greece to work directly with the cafes — in total the project consists of 30 people. 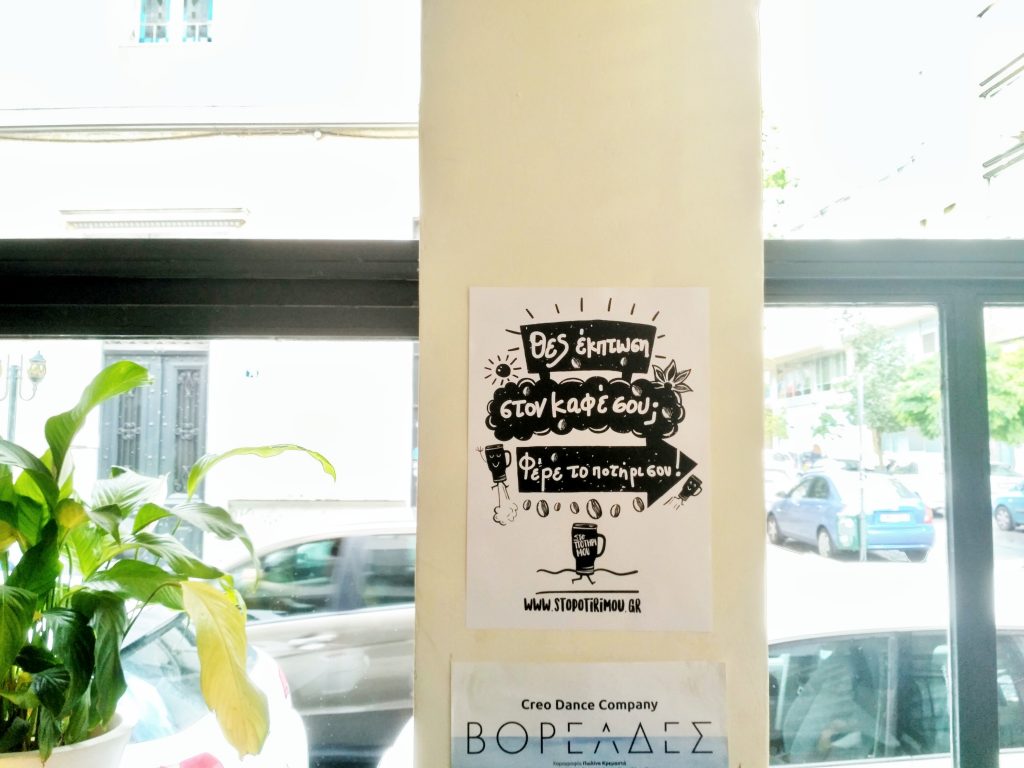 Katerina Oikonomou is a Greenpeace volunteer living in Thessaloniki, and part of the core team of the project. “Our role as a team is to inform people about the problem with single-use plastics and to motivate them to be part of the change,” she says.
Katerina says they manage the project’s website, solve all the possible problems and communicate with the media. They also help other volunteers who talk to café owners around Greece, trying to convince them to become part of the project.
“We are currently getting more and more cafes joining the project, especially small places around the country,” she tells Greek Reporter.
The group will start sending posters to participating cafes, so it will be easier for customers to know which places give the discount. Consumers can also check the website for coffee places which are part of the project.
In the future, the project leaders hope to convince Greece’s bigger coffee chains to join the change.
“Our biggest goal is to showcase that this change is possible — the single-use plastic cups can be banned if most of us change our simple everyday habits,” Denys says.
For more information see: http://www.stopotirimou.gr/index.html