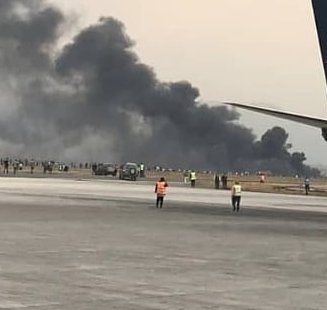 Radio Habana Cuba said it was an internal flight from the Cuban capital to Holguin, in the east of the island.

Witnesses told AFP news agency they could see a thick column of smoke near the airport.

Fire crews are reported to be at the scene.

This is a developing story