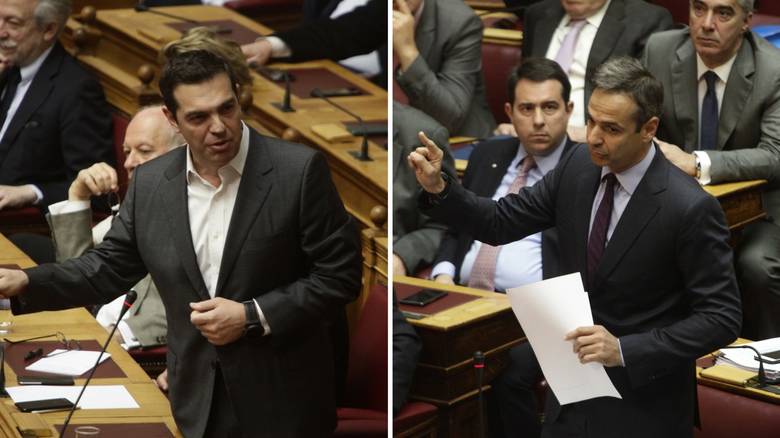 A new poll conducted by Public Issue and published on Thursday records the biggest difference between New Democracy and SYRIZA at 19 percent.
The main opposition party received 39 percent of potential voters while the ruling party accounted for 20 percent in voters’ preference.
Public issue analysts noted that the gap between the conservative party and the leftist administration is on a historically high level.
Such a large difference was recorded for the first time in the 1974 elections, the first after the seven-year dictatorship.
According to the poll, if elections were held today, given the responses of participants and the electoral law, the conservative party would get 150-170 seats in the new parliament, while SYRIZA would get 48-65.
The Movement for Change, the new center-left party comprised of PASOK, To Potami and DEMAR went to third place with 11 percent of potential vote.
Golden Dawn came fourth with 8.5 percent while KKE got 6.5 percent. The Centrists Union passed the 3 percent minimum required to enter the House with 3.5 percnt of voters’ preference.
Junior coalition partners Independent Greeks do not seem to make it in the new parliament as they got only 1.5 percent of voters’ preference.
Newcomers Greek Solution, National Unity, Day 25 showed insignificant percentages and as a result it seems th at the new House will have a maximum of six parties represented.
The issue of the naming of the Former Yugoslav Republic of Macedonia seems to have had a negative impact on the ruling party, according to analysts. The disagreement with the government on the “Macedonia” issue seems to have upset the temporary gaining of popularity of the SYRIZA administration with the social dividend distributed in December.