Heartbreak for Cyprus as Israeli Singer Triumphs at Eurovision 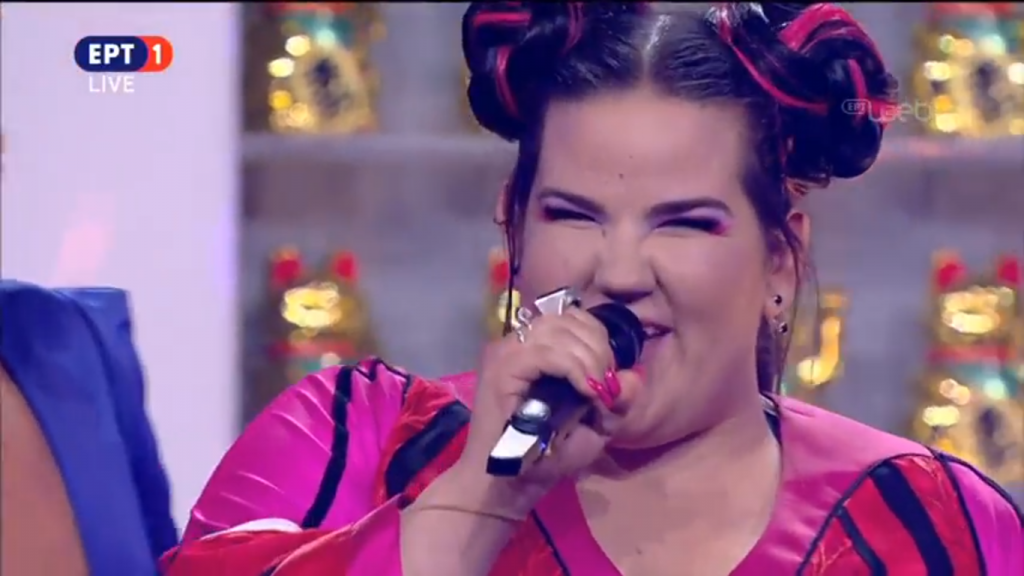 The bookies were proved wrong on Saturday night when Israel’s Netta Barzilai beat Eleni Foureira of Cyprus to win the Eurovision Song Contest 2018 in Lisbon.
Foureira had been hot favorite to triumph at the final with her tantalizing performance of ‘Fuego’.
However, the highly choreographed pop tune — which was said to be about women’s empowerment — was pipped at the post by Netta’s outlandish song Toy, a Bjork-esque mishmash of pop, synth and dance music.
After voting by the 43 national juries, both Israel and Cyprus were way behind leaders Austria on 212 and 183 points respectively.
However, after the public vote from across Europe was included, Austria, Cyprus and Israel were the last three standing. 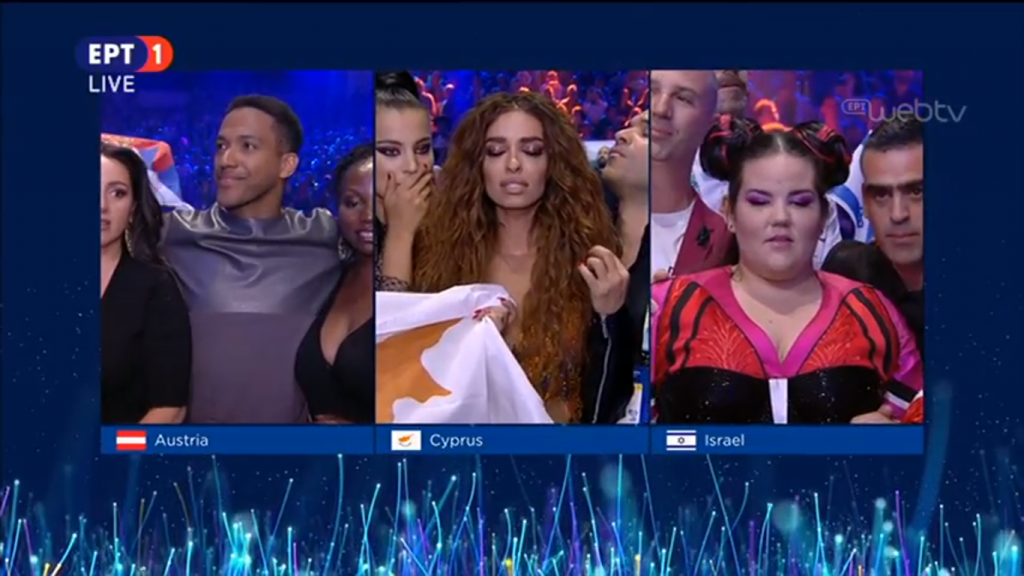 There were scenes of joy from the Israeli contingent as Foureira fell short at the final hurdle, meaning next year’s Eurovision will take place in the Middle East.
Earlier in the week, Greece — represented by Yianna Terzi with the song Oniro Mou that she wrote and composed alongside Aris Kalimeris, Michalis Papathanasiou and Dimitris Stamatiou — failed to make it through the semi-finals.
There was also controversy earlier this week when a major Chinese broadcaster, Mango TV, was dropped by the European Broadcasting Union (EBU) for its censoring of two live performances and blurring out images of rainbow flags and performers’ tattoos.
The song ‘Together’ by Ireland’s Ryan O’Shaughnessy, featuring a dance by two men, was cut entirely. Albania’s entry was also dropped by the Chinese broadcaster.