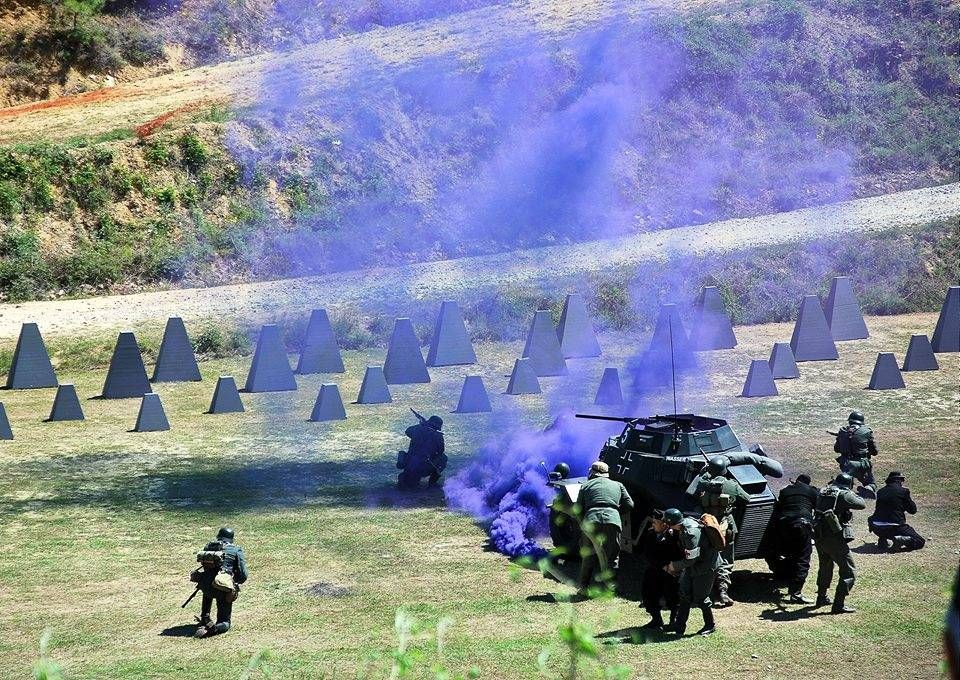 A German attack on northern Greece in April 1941 is to be reenacted this weekend.
The Roupel Battle Historical Revival Festival will re-stage the Wehrmacht’s assault on the northern border near Serres on Saturday and Sunday.
The legendary Roupel battle, where extremely outnumbered Greeks held out against the Nazi war machine for three days, is one of the most important events of World War II for Greece.
This revival is co-organized by the Region of Central Macedonia and the Municipality of Sintiki; the reenactment is at the original site of Fort Roupel, near the city of Serres.
The event is being held for the third consecutive year under the auspices of the Ministry of National Defense. It aims at preserving the historical memory to promote peace and cooperation between peoples and states, so that humanity does not re-live the horrors of the war.
According to the organizers, through the masterful representation, historical memories will come to life and younger generations will learn of the events that took place then and of the glorious past of the Greek fighters.
Visitors will experience impressive special effects such as machine-gun fire, explosions and airplane simulations as the Wehrmacht attack from Yugoslavia and try to take over the border fortifications. They will see the heroic defenders resist the massive onslaught of the German army.
This year’s event is dedicated to the heroic artillery captain Alexandros Kyriakides, who was killed during the German attack on Roupel.