GRNews
GreekReporter.comGreeceGreek PM Tsipras: We want to Ensure Peace, Prosperity and Cooperation in...

Greek PM Tsipras: We want to Ensure Peace, Prosperity and Cooperation in the Mediterranean 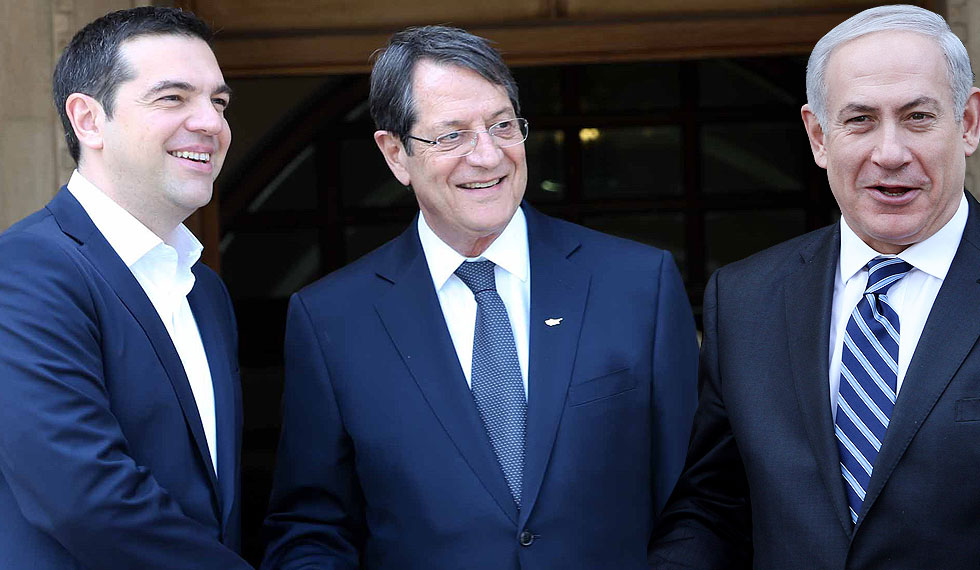 “We are three countries washed by the same Mediterranean waters; we want to ensure peace, prosperity and cooperation,” Greek Prime Minister Alexis Tsipras said on Tuesday.
The Greek PM spoke during the 4th Greece-Cyprus-Israel Summit held in Nicosia with energy cooperation being the main focus in the agenda of talks between Alexis Tsipras, Cyprus President Nicos Anastasiades and Israeli Prime Minister Benjamin Netanyahu.
“We are here for a meeting that has now become an institution and a strategic partnership that is finally taking on flesh and bones. We are three countries washed by the same Mediterranean waters; we want to ensure peace, prosperity and cooperation,” Tsipras said.
The Greek prime minister described the EastMed pipeline as an emblematic project, and analysed the features of the interconnectivity project in its evolution. “This project is not just about energy but it is the highest-level geostrategic cooperation,” the prime minister said, announcing that the agreement will be signed within 2018.
The three leaders also discussed renewable energy sources and the environment, with a focus on marine pollution.
“I agree with what Benjamin said before about human capital. Greece is a hospitable country and everyone can feel at home,” Tsipras said.
Speaking of the Palestinian issue, Tsipras said that a fair solution involving two states is needed, and he expressed the hope that the U.S. initiative would provide a basis for the solution.
Regarding Cyprus, the Greek PM said: “We expressed our support for Nicos Anastasiades’ efforts for a viable solution to the Cyprus problem, with the departure of the Turkish troops and abolition of guarantees.”
On Turkish provocations, the Greek prime minister said that Ankara must respect the rights of its neighbors on the basis of international treaties,”and this is supported by all three of us,” he added.