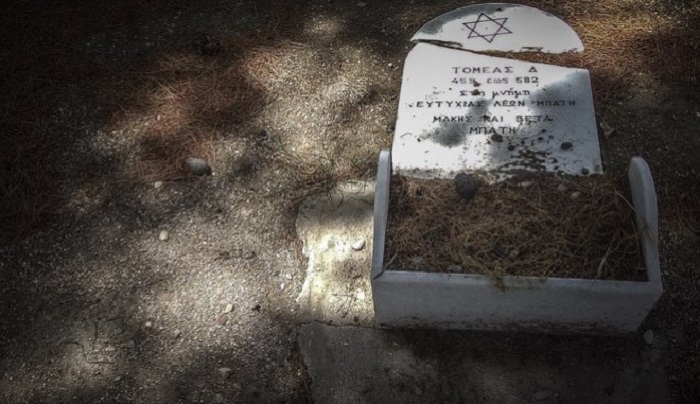 The Greek Jewish community has expressed anger and despair after a Jewish cemetery in Nikaia near Athens was vandalized on Friday.
The head of the Central Board of Jewish Communities in Greece, or KIS, Minos Moissis, said he was “very angry” about the desecration. In a Facebook post pictures of two broken headstones were displayed.
Police investigating the incident say they suspect right-wing extremists. No arrests were made. 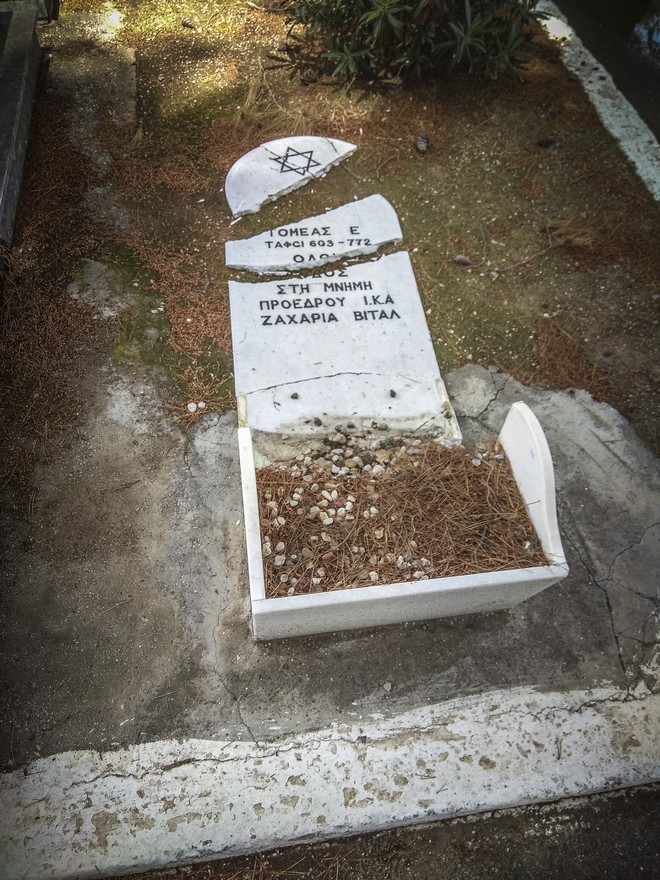 “It is not just an act that concerns only our Community and is recorded as one of the most violent and significant anti-Semitic events of recent years in Greece. It is about an act that brutally affects the whole of society, the values and principles of a favored state,” Moissis wrote.
The Greek government and opposition parties condemned the vandalism and called upon the police to find and arrest the culprits.
It is not the first time that the Nikaia Jewish cemetery has been targeted.
In October 2015, anti-Semites daubed black paint on the entrance to the same cemetery south of the Greek capital. They scrawled the number 18 – a neo-Nazi code for Adolf Hitler — and the word “raus” – German for “out.” 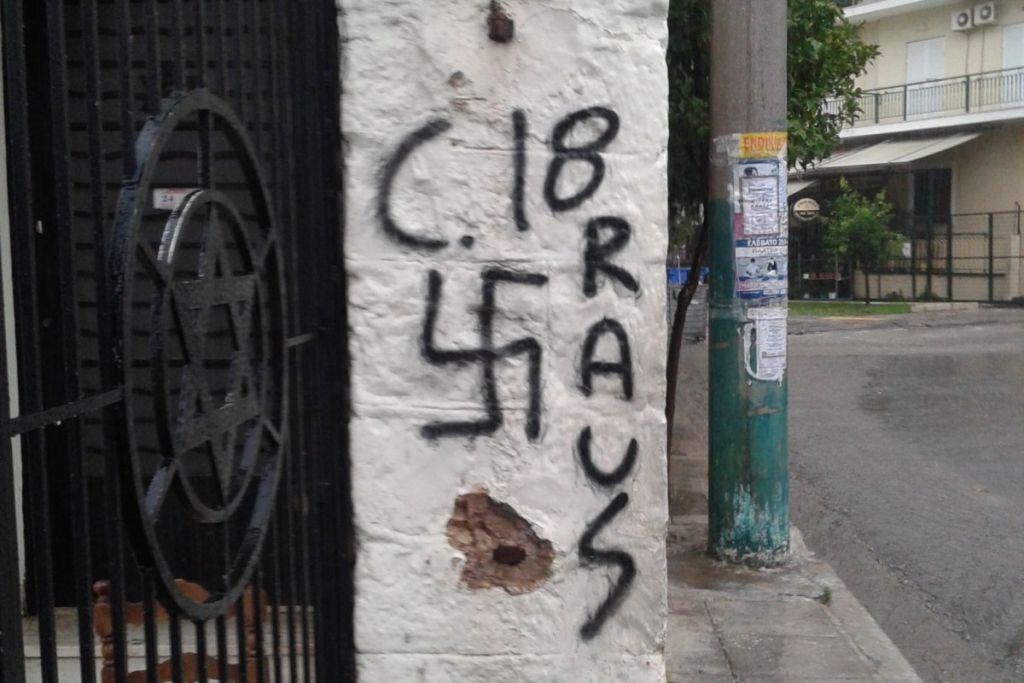 In Nazi Germany, the phrase ‘Juden raus’ — ‘Jews out’ — was a common slogan among anti-Semites. The Athens attackers also painted a swastika on the cemetery gates.
The Nikaia Jewish cemetery is an active and relatively new place of burial. The community has been burying its dead there since shortly after World War II, when city authorities allocated the land to the community for this purpose.
In January this year, the Greek Jewish community hit out at attacks which targeted the Holocaust memorial in Thessaloniki, another incident which was blamed on ultra-right activists.