Ancient City in Southern Turkey Up for Sale (video) 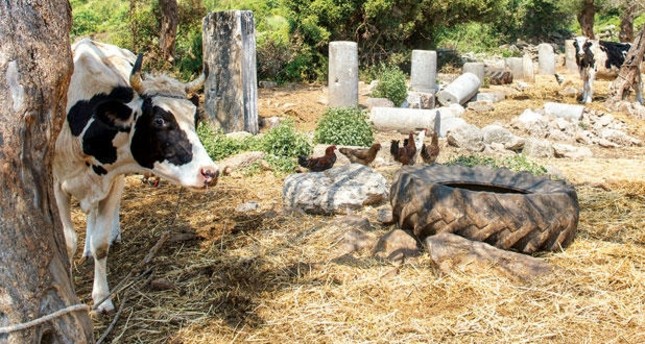 A 2,500-year-old ancient city in southern Turkey that is located on a private property is up for sale for 35 million Turkish liras ($8.35 million), according to Daily Sabah.

The ancient city of Bargylia located in the Mugla province cannot be protected as the land has been a private property since 1927. The owners want Turkey’s Culture and Tourism Ministry to expropriate it or exchange it for land elsewhere.

According to Daily Sabah, Bargylia is located 30 kilometers off Bodrum on the coast of Caria, between Lasos and Myndus. The ancient city has an amphitheater, a temple, a Roman bath and a necropolis from the Byzantine era.

The city was said to have been founded by Bellerophon in honor of his companion Bargylos, who had been killed by a kick from the winged horse Pegasus near Bargylia and the Temple of Artemis Cindyas.

So far no official excavations have been carried out and the area has been looted by treasure hunters and antiquities smugglers.

The report says that an ancient mosaic was destroyed and stolen by smugglers, while the city is filled with holes left from illegal excavations.