Meet The Former Soldiers Bringing Greece's Battles Back to Life 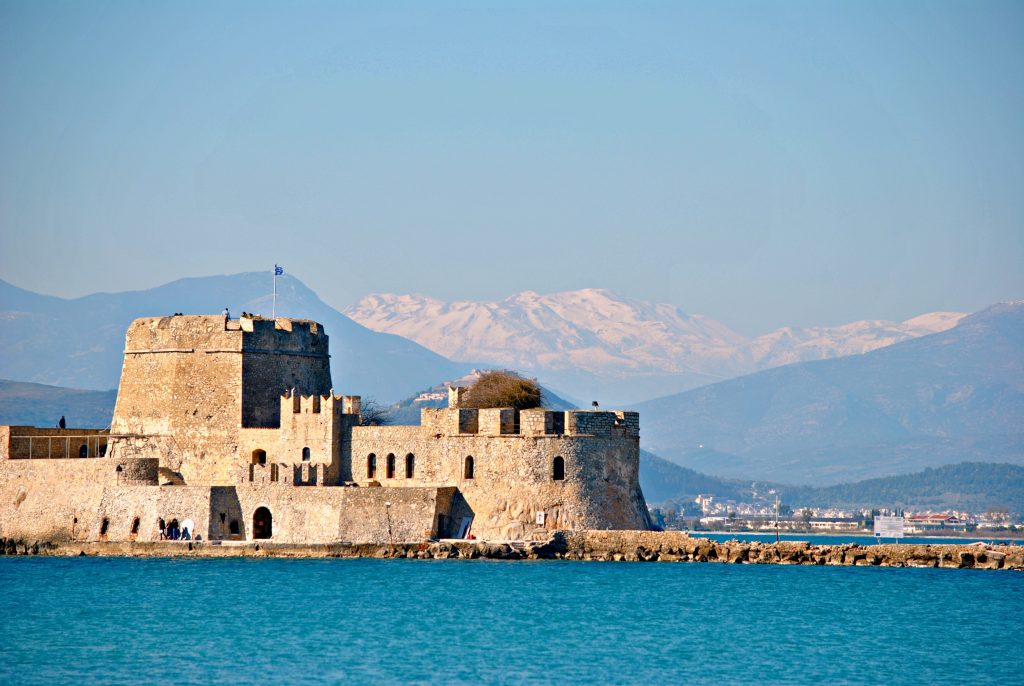 By Heini-Sofia Alavuo
Ask someone to name a famous Greek tale and the Trojan War is sure to arise. A younger person, inspired by the film 300, might talk about the Battle of Thermopylae. An athlete may recall the Greek victory over the Persians at Marathon which gave birth to the famous 26-mile race of the same name.
No matter where you go in Greece, something remarkable — and warlike — has happened. However, even though Greek history is taught in schools around the world and many tourists visit its archaeological sites daily, many sites of such epic battles have been forgotten.
Now a trailblazing new project called Advanced Battlefield Studies (ABS) Greece is reviving the country’s ancient military history, bringing groups on days-long excursions and using this martial heritage to draw lessons and inspiration for the future.
For the first time people will have an opportunity to visit renewed battlefields such as Delium, Leros or Artemisium.
The first of its kind in Greece, ABS Greece was founded in early April and is run by two retired military specialists, Major General Panagiotis Gartzonikas and Major General Stavros Koutris.
The idea was born in 2013 after retirement — the pair noticed that the old battlefields in Greece were often left unused and forgotten.


Heritage
Both men are now drawing upon their extensive leadership backgrounds and international experience to offer hard-earned insight to visitors as effective and instructive programs.
Speaking to Greek Reporter, Gartzonikas says: “I started paying attention to the expansion of battlefields’ utility worldwide.
“Nobody uses these battlefields for any purpose, except some of them which are archaeological sites”
Exploring the ancient battlefields of Greece provides good opportunities to learn more about military history. The tours are available for history enthusiasts but the company also targets groups like military personnel, academics and corporations.
The visits to actual battlefields give a new perspective on historical events. “We have set out enthusiastically to implement the vision to launch a venture integrating the battlefields of Greece into a coherent plan offering educational services,” Gartzonikas says.
ABS Greece focuses on a holistic approach based on experiential learning – that is, learning through experience.
They offer staff rides through the historical sites — providing lessons from history combined with visits to actual battlefields — providing a dynamic platform upon which to learn.
“In their original form, staff rides were designed to map exercises for the staff and conducted in open terrain largely from the saddle, hence the name ‘rides’” Gartzonikas says.
In addition to the organized staff rides, ABS Greece also offers mentoring programs that include strategy and leadership lessons. The project can be divided into three main areas: commercial, educational and defense and security matters.
Strategy

The business world can often resemble a war, and ABS Greece takes strategic lessons from past conflicts and adapts them for those fighting in the commercial world.
“This decentralized leadership model empowers people to deal with challenges quickly and without losing sight of their business’s culture,” Gartzonikas points out.
For the educational sector, the team introduces strategy, operational art and campaign planning to civilian and military audiences. Professionals teaching strategy as practice rather than as a theoretical concept offers a wider understanding of all the factors included in battles.
As for defense and security matters the company will be advising on current strategic and military thinking — the work will likely include systems improvement, training and organizational advice. Since the company is quite new, future projects are still open for discussion.
ABS’ mentoring programs for strategy and leadership offer insights into the modern-day business world. Although each battle is unique, the leadership challenges they expose are not. The company uses research and history to teach people of how to manage under pressure and stress, linking military history to the competences of modern-day corporate challenges.
For history lovers the trips to actual battlefields can also trigger intrigue, emotions and innovations — standing on the very ground of where some of the world’s most memorable battles took place.
New companies, like Advanced Battlefield Studies Greece, are offering new links to Greece’s past – with an open mind you can learn more about events that have shaped our present day.