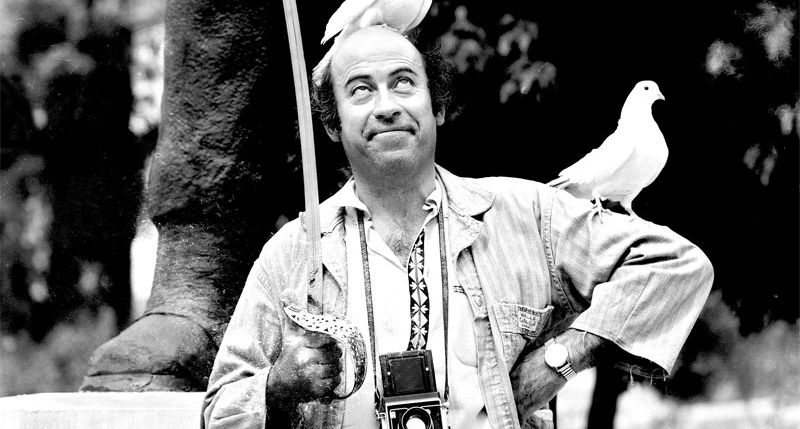 When Thanasis Veggos passed away on May 3, 2011, Greek cinema lost one of its most talented actors, one who with a single facial expression could epitomize the poverty, the misery and the resilience of post-war Greece.
In his long career in the movies and stage, Thanasis Veggos was an anti-star. He only gave a handful of interviews in almost 60 years as an actor. For him, acting was work, not a stairway to the stars. And even though he was very popular and sought-after by producers, he considered himself talentless:
“I work by instinct, I have no talent. All I have is this face, look at it, look at it well and read it. Here is all the misery, all the misfortune, all the pain of the insignificant Greek,” Veggos said in one of the few interviews he ever gave.
Born on May 29, 1927 in Neo Faliro, he was the only son of Vassilis Veggos, a poor technician working at at Piraeus Electric Power Plant.
During the German occupation, his father joined the Resistance and fought against the Nazis. Since his father was branded as a communist by the authorities, Thanasis did his army service (1946-1950) as a prisoner in the exile camp of Makronissos along with thousands of leftists and communists.
Director Nikos Koundouros, who was also held at Makronissos, befriended hyperkinetic Veggos and saw potential comedian in him. The exiled men staged mini makeshift theatrical plays. Koundouros suggested Veggos to other movie people after they were released. Thanks to him, Veggos got his first movie role in Michael Cacoyannis’ Kyriakatiko Xypnima (Windfall in Athens).
Koundouros would cast the young actor a year later in Magiki Poli (Magic City) a year later. And all that without having any kind of training as an actor. 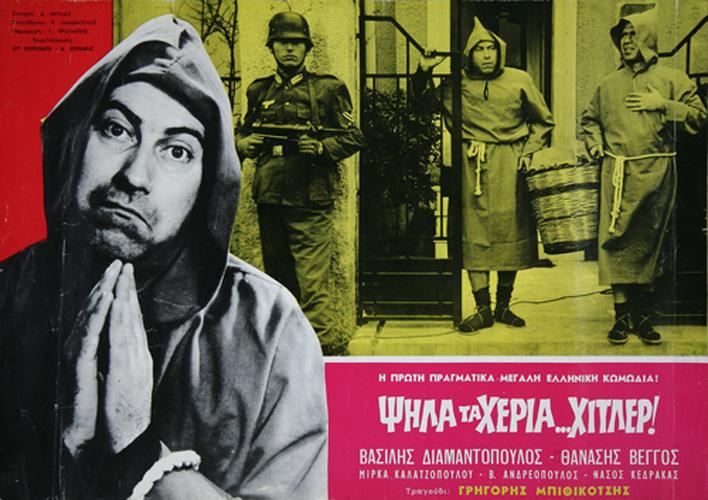 His first starring role was in Psila ta Heria, Hitler (Hands Up, Hitler) in 1962, a movie about a guy who tries to make ends meet during the German Occupation. The film established him as a popular hero, a man of the people. The films he made with director Dinos Katsouridis became Greek comedy classics.
In many of his films, Veggos played the poor guy who runs all day long to make ends meet, doing odd jobs to make a dowry for his sister or feed his family. Poverty-stricken post-war Greeks identified with the character, while at the same time Veggos’ tireless comedic antics offered audiences much-needed comic relief. 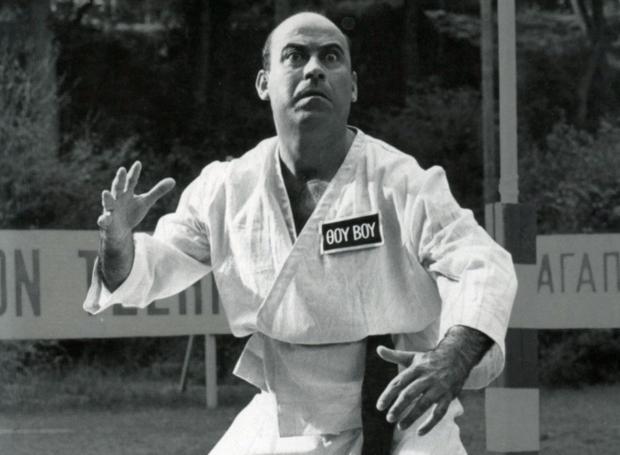 But even in his comedies, even when his face was covered with cream after a cake war, there was a sad undertone underneath his laugh, as a constant reminder that no matter how many funny moments a Greek has, life remains a sorrowful affair. And no matter how many laughs and smiles he had in his films, Veggos was almost always sullen in everyday life.
In the 1980s comedy changed, as Greece changed radically. Thanasis Veggos remained the black-and-white hero of an older Greece many would like to forget. The character of the poor but honest man who works like a dog to feed his family became a thing of the past. Veggos’ humility had no place in the new Greek cinema. He started appearing more on stage and making sporadic cameos in films.
Thanasis Veggos became part of the Greek vernacular as the phrase “He runs like Veggos” still describes the always running, tireless man who never stops. 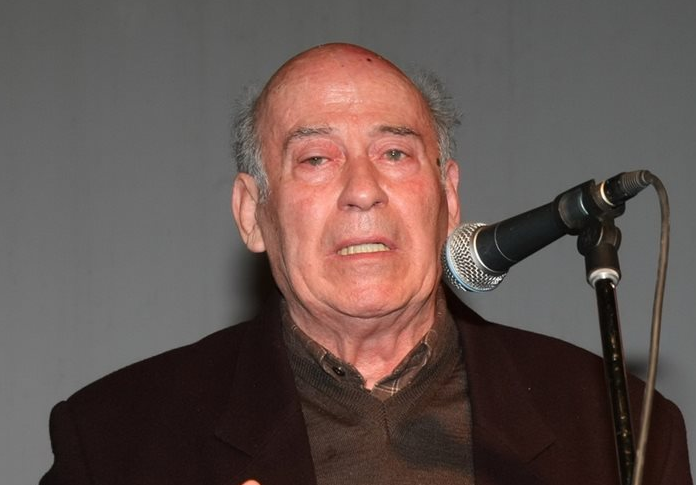