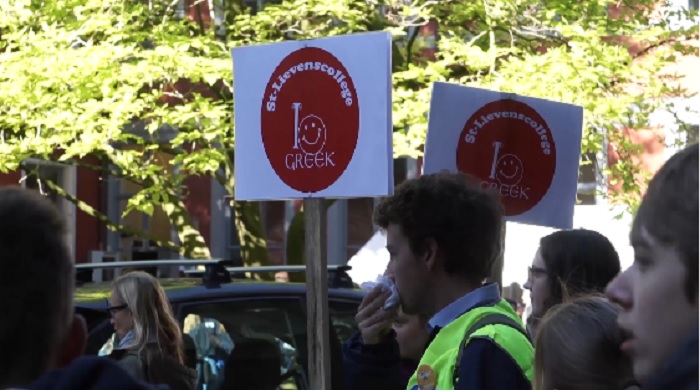 Students and teachers of secondary schools in the Belgian city of Genk are up in arms about the cutting of ancient Greek and Latin from the curriculum.

“We fear that Greek will slowly but surely disappear from secondary education, and [we] hope to stop the definitive death of the ancient Greek language”, the organizers of the protest say.

Belgian daily De Standaard reports hundreds of students and dozens of teachers took part in the protest on Wednesday.

An editorial in the paper says that “a language can be very nice even if it is dead,” although it admits the teaching of classical languages at secondary schools is becoming less popular.

According to the figures, the number of students who choose Ancient Greek at schools in Flanders, the Dutch-speaking region of Belgium, was 5,064 compared to 5,921 in 2008-2009, a 14.5-percent decrease.

Equally reduced is the number of students who choose Latin, which last year reached 23,339, down by 18.6 percent from the previous year.