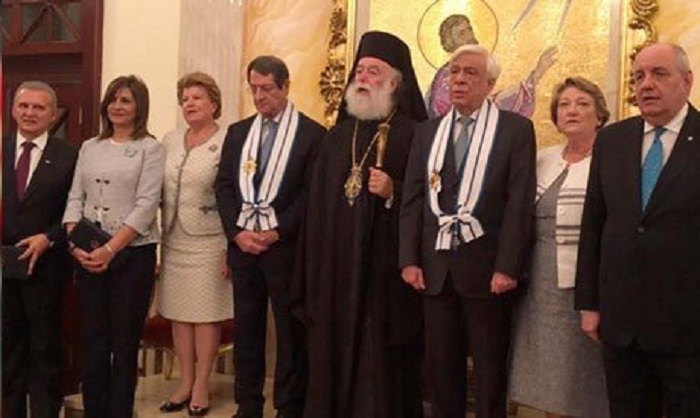 Patriarch Theodoros II welcomed the two presidents and presented them with the Grand Cross of the Order of St. Mark. 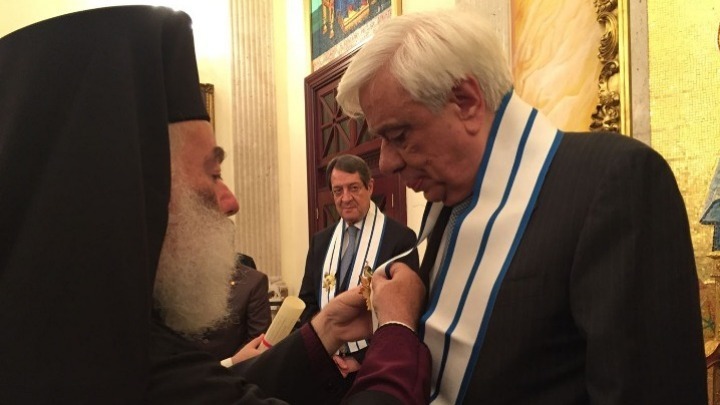 The Greek president also visited the former home, now a museum, of the Greek poet Constantine Cavafy, noting that his writings could act as a guide toward national self-awareness for Greeks and especially those burdened with the responsibility of governing the country, especially during difficult times.

Nostos is being held from 30 April to 6 May in Alexandria, Cairo and the Red Sea resort of Sharm El-Sheikh with the participation of Greeks and Cypriots who once lived in Egypt.

The Greek word “nostos,” for which the festival is named, means “return to the roots,” and is a theme prominent in ancient Greek literature.